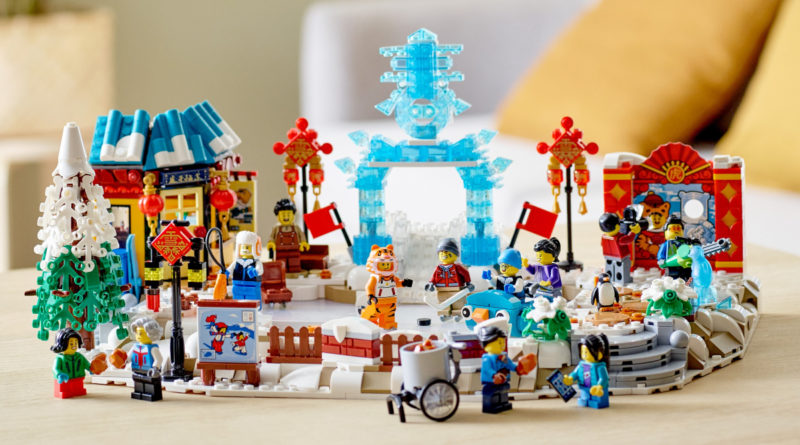 The LEGO Chinese New Year 2022 sets now have high-quality images to explore, revealing references to other themes, past models and more.

Two Chinese New Year models will land on shelves in early 2022, with better images being officially revealed meaning we can explore them to spot the various hidden details contain within.

From another eastern-centric theme as an Easter egg to a minifigure representation of a god, here are five things we found in 80108 Lunar New Year Traditions and 80109 Lunar New Year Ice Festival.

Also featured at the China International Import Expo, where the pair of sets were officially revealed, was LEGO Monkie Kid. The theme is depicted in 80108 Lunar New Year Traditions with a sticker showing 80012 Monkey King Warrior Mech standing proudly atop a shelf, legendary staff in hand.

Calling back to one of the past LEGO Chinese New Year builds, the minifigure couple from 80107 Spring Lantern Festival can be found enjoying a snack while watching TV. It’s not just the minifigures that match the 2021 set though, with a portrait above them showing the brick-built Ox and a lantern confirming that this photograph is from the family’s visit to 80107 Spring Lantern Festival.

With 80109 The Lunar New Year Ice Festival focusing on a variety of ice-based activities including skating and carving, the set also features chilling details such as a reference to Ice Planet 2002. Located at the very back of the model leading onto the reflective surface below is a frozen slide that goes beneath the sculpted arch centrepiece. While not big enough for the provided penguin sledge, the slide should be suitable for any of the included minifigures at three studs wide.

For the Lunar New Year calendar, 2022 will be the year of the tiger and the LEGO Group is celebrating the occasion by featuring a new tiger costume minifigure in 80109 The Lunar New Year Ice Festival. However, featured towards the rear of the build behind the ice carver is another Easter egg for the animal. A cutout ready for photo opportunities includes a design for two tigers, one cooler than the other.

The God of Wealth

As a central part of Chinese traditions including the Lunar New Year, the exchanging of red ‘Hongbao’ envelopes is a gesture of kindness and symbolises good luck. It also relates to the Chinese god of wealth, who is included as an exclusive minifigure in 80108 Lunar New Year Traditions, as one of the few minifigure interpretations of a deity to date. 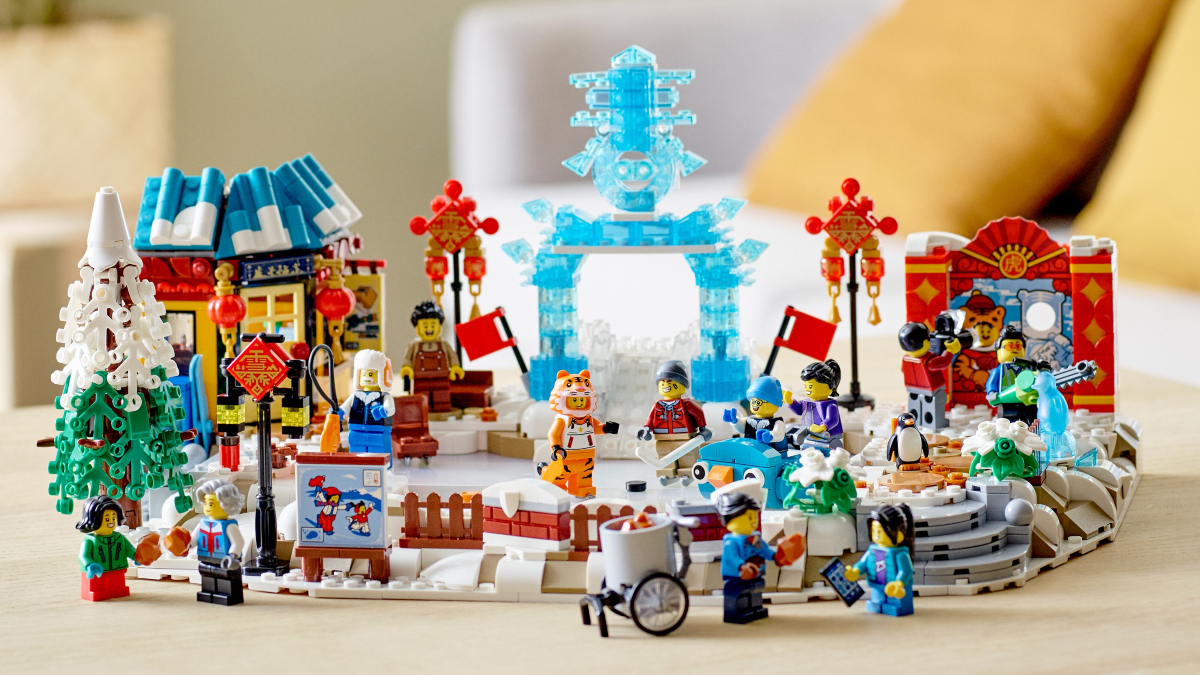