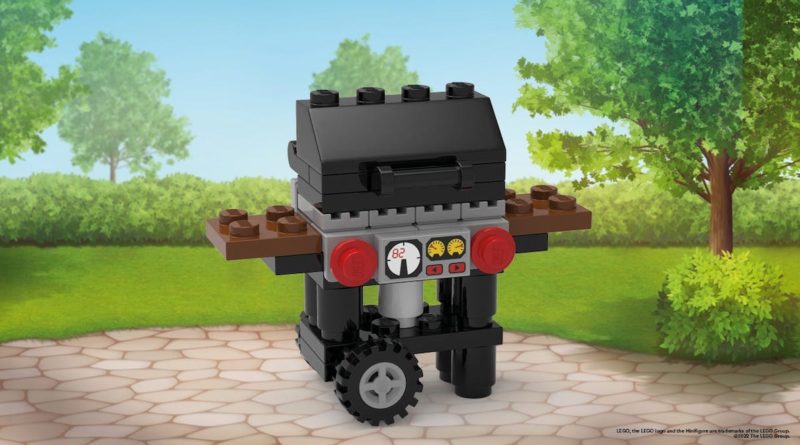 LEGO Stores will be celebrating Father’s Day this year with a special weekend event plus a free mini build model to make and take home.

Following recent annual celebrations such as Valentine’s Day and Ramadan, LEGO Stores will be hosting a Father’s Day event next weekend. From 10am – 12pm on June 11 and then again from 12pm – 2pm on June 12, visitors can pick up a free buildable LEGO BBQ model to make and take home with them.

The set will be available on a first come first served basis while stocks last and is limited to one LEGO BBQ build per person. The model won’t be available for purchase separately or online, so you’re probably best-off checking with your local LEGO Store in advance to make sure it’s participating in the Father’s Day event.

Unfortunately, the LEGO BBQ mini build doesn’t include any minifigures, but its scale should make the set a welcome addition to any LEGO CITY collection.

The upcoming LEGO Store set is also quite similar to 40282 BBQ (above), which was offered as a promotional monthly mini model polybag in 2018. Sadly, the new set doesn’t appear to include any LEGO-based food items this time around, so dads will have to bring their own plastic sausages and drumsticks to the event…