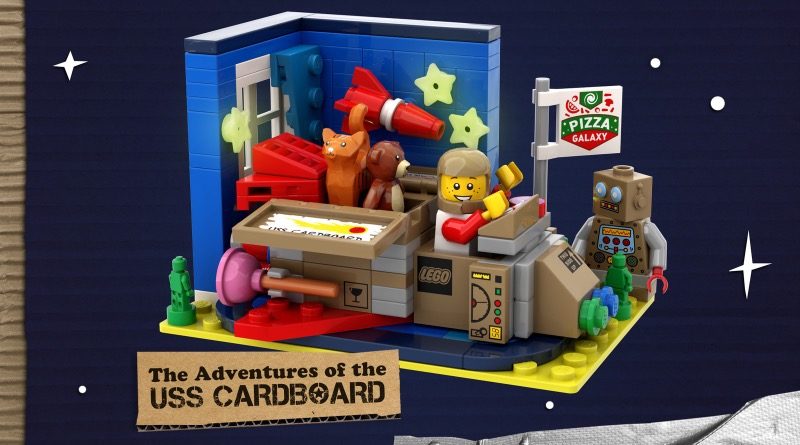 LEGO Ideas has revealed the winner of its Space-themed contest, which is now in development as a future gift-with-purchase model.

Ivan Guerrero’s The Adventures of the USS Cardboard romped home to first place with 2,869 votes, which is 711 more than second-placed FSLeinad’s Classic Space Logo. The endearing build earns Ivan a grand prize of a LEGO Ideas tote bag, multiple Star Wars and Ideas sets, and the honour of inspiring a future official set.

This isn’t the first time he’s done so, however: if you’re up to speed on Ideas’ recent releases, you’ll probably recognise Ivan as the fan designer behind 21324 123 Sesame Street, which launched in late 2020. The prolific builder has reached 10,000 votes on multiple occasions, with his latest project, Avatar: The Illuminated World of Pandora, currently under review.

Five more entries into the Ideas contest will also take home a slightly smaller pool of LEGO prizes, though only Ivan’s model will go on to become an official set, much like this year’s 40448 Vintage Car. There’s no word yet on when we can expect to see The Adventures of USS Cardboard materialise in stores and online, but it’s safe to assume we’ve got a good while to wait yet.

For now, you can check out the full list of winners by clicking here, or take a closer look at Ivan’s build over on his entry page. The charming creation calls back to days spent fashioning spaceships out of cardboard boxes and duct tape, which really speaks to the child in all of us – but especially the thousands of people who voted in Ideas’ latest contest. 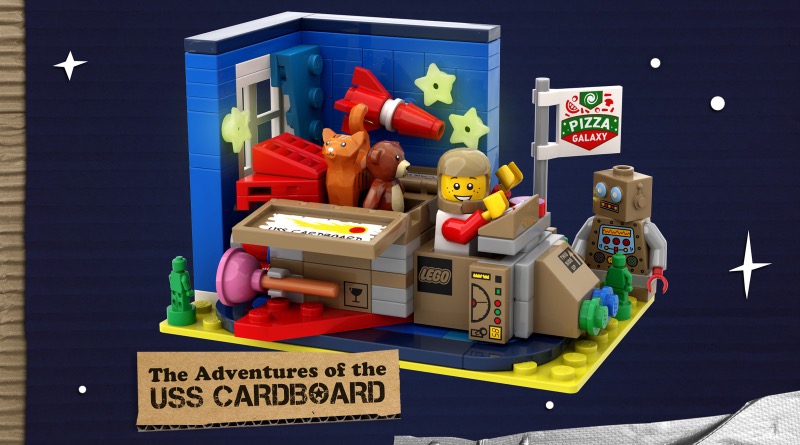