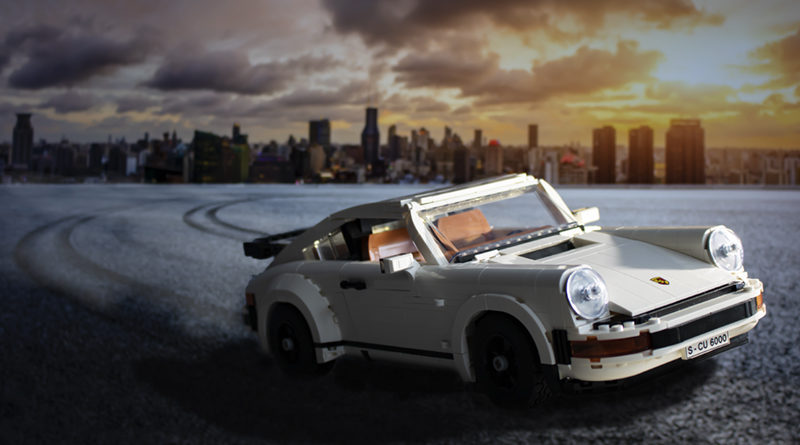 To celebrate the launch of LEGO 10295 Porsche 911, Brick Fanatics takes both the Turbo and Targa models for a spin in an extensive gallery of carefully curated and exclusive images.

10295 Porsche 911 is a stunning rendition of a legendary automotive icon. First built in 1964, the 911 has gone on to be recognised as one of the sleekest, most stylish and most desirable sports cars on the market. It’s also one of the most successful competition cars ever built, having seen great success during the 1970s at esteemed events such as 24 Hours of Le Mans, 24 Hours of Daytona and the World Championship for Makes.

The Porsche 911 cemented its legacy in 1999, when it was voted the fifth most important car of the 20th century. Simply put, automobiles rarely come more prestigious than this one – and that’s exactly why Brick Fanatics wanted to showcase the exquisite brick-built recreation that is 10295 Porsche 911.

Dimitri recaps how he went about photographing both the sporty Turbo and classy Targa models for our exclusive gallery.

I wanted to shoot the two models in suitable locations: a racetrack for the Turbo, and a meandering yet stunning mountain road for the Targa. A certain pandemic made it quite difficult to actually travel to any real-life locations, so instead I used a technique called rear projection photography.

The basic principle involves shooting your subject in front of a backdrop that’s projected on to a large screen (in this instance, I used my 50-inch television). However, there are a few things that were important to get right in order to make the Porsche and backdrop feel as if they are part of the same image.

The most crucial aspect was probably the lighting. If there was sunlight coming from a certain direction in the backdrop, then I also had to make sure I was lighting the model from the same trajectory. In a few of the images where there was no obvious light source in the backdrop, I shone a bright light on to the TV. The reflection of the light not only looks like the sun, but it also bounces light back on to the Porsche, creating highlights and shadows in the right places.

The images still needed a few tweaks in Photoshop once I had photographed them, whether to enhance the shadows or add lens flare and smoke effects (that weren’t captured in-camera). However, a few of the final images here are actually completely unedited, and were captured entirely through the camera lens.

I have never used this technique before – I always prefer to use real locations where possible – but I must admit that I really like the results and will possibly return to this style of photography in the near future.

Check out our full review of 10295 Porsche 911 right here, then head over to LEGO.com to pick up your copy. You can support the work that Brick Fanatics does – like shooting this gallery – by ordering this impressive 18+ set using any one of our affiliate links.