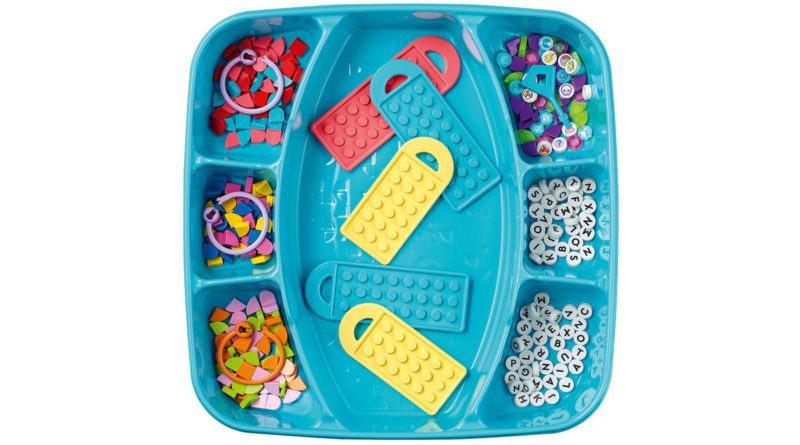 After their initial catalogue appearance, better images for the LEGO DOT 2022 models have surfaced, including the message boards.

LEGO DOTS is scheduled to offer a new way to show off and display your thoughts and tasks later this year as the theme introduces message boards to the customisation-focused roster of sets. Five upcoming builds were initially revealed in a consumer catalogue at the end of last year. However, retailer JB Spielwaren has added high-quality images of them all to the storefront.

We’ve compiled a selection of the images in galleries below, displaying the price of each set according to each listing.

There will be multiple sizes of message boards to decorate from the smallest charms in 41949 Bag Charm Creative Set to the self-proclaimed 41952 Big Message Board.

That latter set ties with 41938 Creative Designer Box as the most expensive creation in the theme and includes 943 elements, falling just behind 41935 Lots of DOTS as the biggest build in terms of include elements. Speaking of Lots of DOTS, another creation with that name is due to release soon with 41950 Lots of DOTS, suggesting that this may be a new series for the theme.

The German retailer states that all five models will launch on March 1, a month that was mentioned in the original catalogue, and may have now been confirmed.