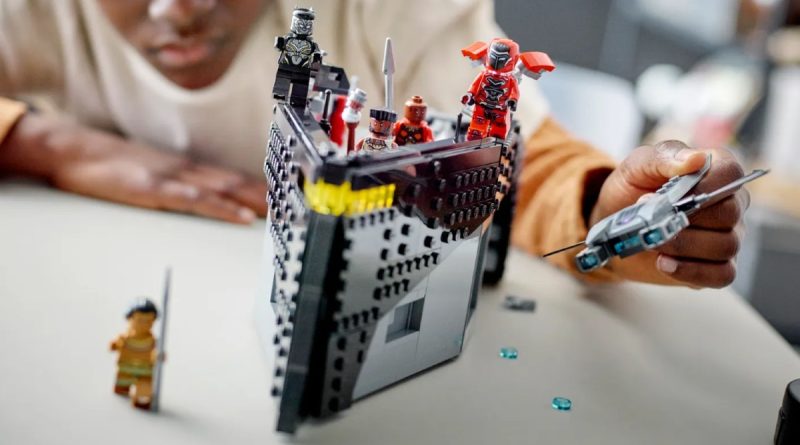 Before reading further, you should note that this article likely includes major spoilers for Black Panther: Wakanda Forever, even though the film has yet to release.

As part of previous speculation, we noted evidence that suggested the identity of Black Panther following the passing of Chadwick Boseman and consequently T’Challa in the Marvel Cinematic Universe. Now, with the reveal of 76214 Black Panther: War on the Water, one minifigure has revealed the face behind the mask of the new Black Panther.

Looking at the box art of 76214 Black Panther: War on the Water, the front reveals the costume for the new Black Panther and on the back, the head of that minifigure has been replaced with Shuri’s.

How she may come to take on the role of Black Panther has yet to be seen but we’ll likely know more details when the film releases in theatres on November 11, 2022. Of course, it’s possible that the LEGO set isn’t entirely accurate though it should be noted that Shuri has been Black Panther in the comics.