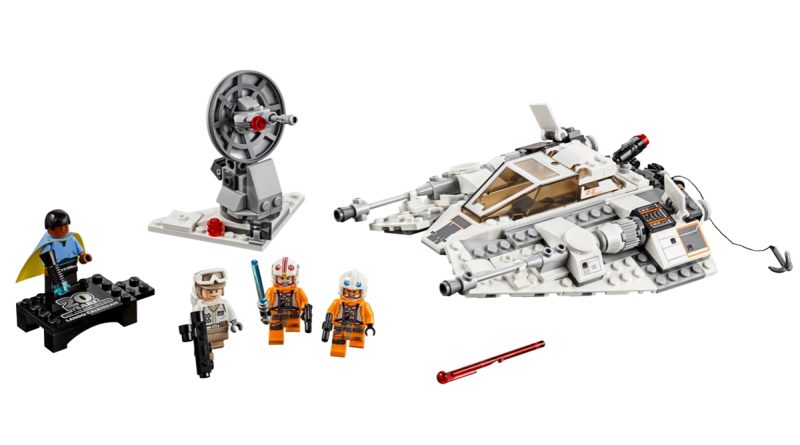 The value of a rare minifigure can plummet if it gets remade. Two LEGO Star Wars designers talk about whether that ever affects their work.

The LEGO aftermarket is a huge business. For some it’s a simple and cost effective way to get hold of certain parts or maybe make recoup some costs by selling old sets they no longer want. For others, it’s a full time occupation akin to playing the stock market, buying up sets in the hope that they can be resold as a significant profit at some point in the future.

But it’s an occupation fraught with risk. As owners of the original UCS 10179 Millennium Falcon know, if a set is remade or rereleased, it can have a significant impact on the value of their investment, and that’s no more evident than in the world of minifigure trading.

“It’s no surprise that Lego Star Wars sets and in particular, minifigures, tend to skyrocket in price depending on the desirability of the character. Do you guys watch those markets at all, even just on a personal interest level, and if so, does it ever affect the decision to remake that character, or, keep them out…”

“You’re talking about the user market, the reseller market…?” asked Stockwell? The interviewer clarified the question. “After a figure has retired. As of our conversation right now, a Cloud City Boba Fett, in mint condition… I mean you’re talking $2000, $2500…”

“We’ve had this question before in previous years,” said Stockwell, “and we would never, it would never even be a business consideration for us to go in and try to affect anybody’s second hand business in either a positive or a negative way. Our focus is entirely on…”

“A strong line up.” O’Neil chipped in.

Stockwell continued, “Yeah, getting the strongest line up, and if it ends up influencing… hopefully its not influencing people’s investments in a really terrible way we don’t wanna destroy anything for anybody…”

Clearly anyone working for the LEGO Group is going to be well aware of the aftermarket and it sounds as if Stockwell, at least, has some sympathy with those making an income from reselling. That said, it would appear that when it comes to product ranges, that area of the market, unsurprisingly, has no effect at all on what does – or doesn’t – get into production.

O’Neil continued, “Yeah, so in a few words, not, not so much, not, not really paying any attention to the resale market at all. Just, more paying attention to what people are wanting to get, if there’s something new.”

To illustrate the point that a remake doesn’t always affect value, there was a discussion about the Lando Calrissian minifigure. The 2003 version is worth a tidy sum, but in 2019, he reappeared in 75259: Snowspeeder – 20th Anniversary Edition. The only significant difference was that the minifigure had a 20th Anniversary logo back print.

“It’s interesting,” said the interviewer, “that you can almost do a one to one remake of a minifigure, and the original still tends to retain its value.”

“Isn’t that true with almost anything?” said Stockwell. “I mean it wouldn’t matter if we were talking about cars or guitars or whatever, any kind of… if you’ve got proof that it’s been manufactured 30 years ago, there’s some nostalgic value…

Don’t underestimate the power of nostalgia. Hang on to those old sets and minifigures. Newer doesn’t always mean better.

Any LEGO that you buy via our affiliate links helps Brick Fanatics. Thanks.