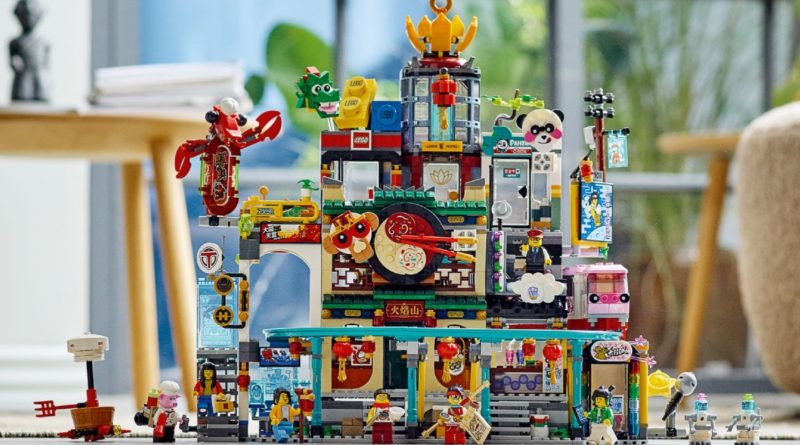 The largest of the LEGO Monkie Kid 2022 models features a shop full of Easter eggs, including a deep reference to the history of the brick.

While we’ve already covered seven of the eight featured sets in the LEGO store of 80036 The City of Lanterns, the final box has been identified, and it’s one that only the most knowledgeable of you may recognise.

The three segments of the box can be seen on the shelf with the blurry image representing the three smaller structures in the section on either side of a larger picture of two boys playing together.

The text does not feature on the sticker and it’s not clear whether the boys will be represented as minifigures on the artwork, but we’ll know for sure when 80036 The City of Lanterns launches on January 1, 2022. Its inclusion may also tie into the fact that the LEGO Group will be celebrating its 90th anniversary next year.