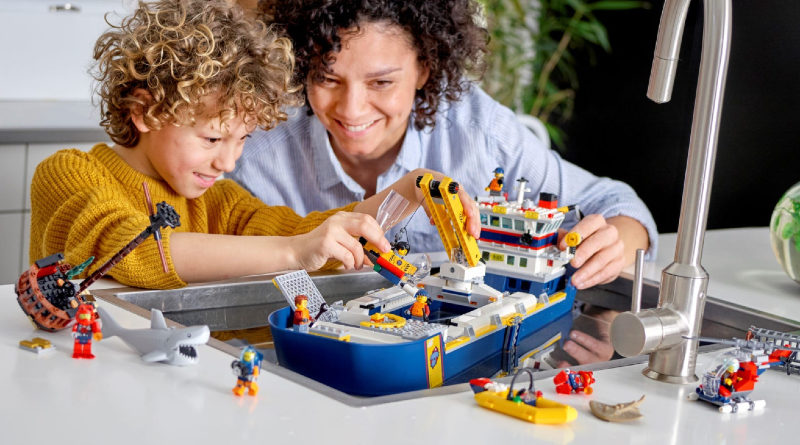 A LEGO CITY Deep Sea Explorers set has been discovered to contain an equally deep reference to a historical and scientific figure, a year after it originally launched.

LEGO CITY 60266 Ocean Exploration Ship was released on Jun 1 2020 on the official online store, but over one year later someone has spotted an Easter egg hidden in plain sight that only the most scientifically inclined might recognise.

Randy Singer discovered the reference and reported his find to Twitter, where it was revealed that handyman Harl Hubbs, who first appeared long before the deep sea subtheme in 60232 Garage Centre, is named suspiciously similarly to Ichthyologist Carl Hubbs.

Carl Leavitt Hubbs, shortened to Carl Hubbs, was an American Ichthyologist (a branch of Zoology that studies fish) who went on to win numerous awards and have several species of fish named after him. Such achievements line up with the minifigure’s presence in an oceanic exploration set – maybe there’s more to handyman Harl than meets the eye.

We’re not sure that this is just a coincidence, with only a single letter of difference between the names and it wouldn’t be the first time that LEGO Designers have hidden a reference within a build, as one of this year’s Speed Champions models features a cultural Easter egg.

LEGO City 60229 Ocean Exploration Ship is available now from LEGO.com, where it is more than enough to redeem almost all of the offers currently live, including double VIP points, a free 40486 Adidas Originals Superstar and more.