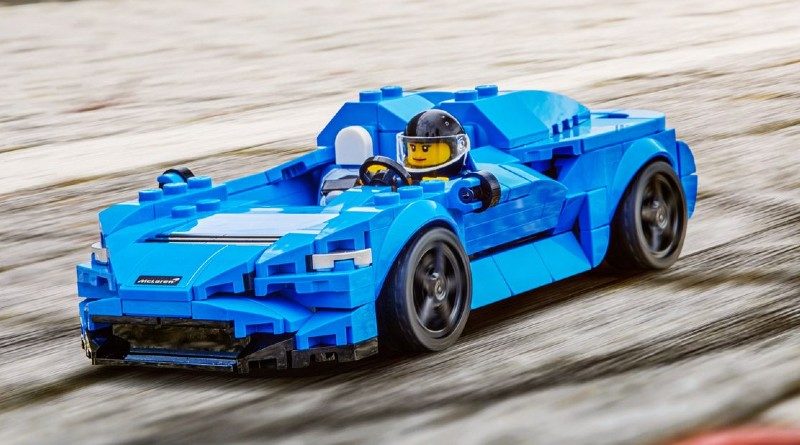 The new LEGO Speed Champions set, 76902 McLaren Elva, has a hidden reference that only the most enthusiastic McLaren fans might notice.

With another summer’s worth of LEGO sets comes another treasure trove of Easter eggs and references to spot. However, unlike the one in 31203 World Map, McLaren are happy to reveal one to builders that would have otherwise gone unnoticed.

It appears that the minifigure in 76902 McLaren Elva isn’t just another unnamed character, but McLaren Automotive’s Principal Development Engineer for Ultimate Series, Rachel Brown. The wrench is a clear indicator of this, as Rachel’s role within the company inspired the inclusion of the minifigure.

“It is amazing to have witnessed the Elva go from a boundary-pushing concept drawing all the way to final vehicle production. It feels even more special now to see all of that hard work transformed into the LEGO Speed Champions Elva model for us to share with children and fans across the world.” explained the engineer.

“Ever since I was a child I have dreamed of driving and testing cars and I still can’t believe that it’s a part of my job. I hope that it inspires other young people to follow their passions and pursue careers in the automotive or design and engineering industries. There are so many incredible opportunities.’’ Rachel comments further.

“With LEGO Speed Champions, we hope to bring LEGO fans of all ages closer to the car of their dreams and encourage them to believe they can be whatever they want to be, just like Rachel has,” said Chris Stamp, Design Manager at LEGO Speed Champions. “That’s why it’s been such a privilege to work with McLaren to create a LEGO version of the Elva. We worked closely with the McLaren team from the conception of the idea when the real Elva was still in early development, all the way through the design process.