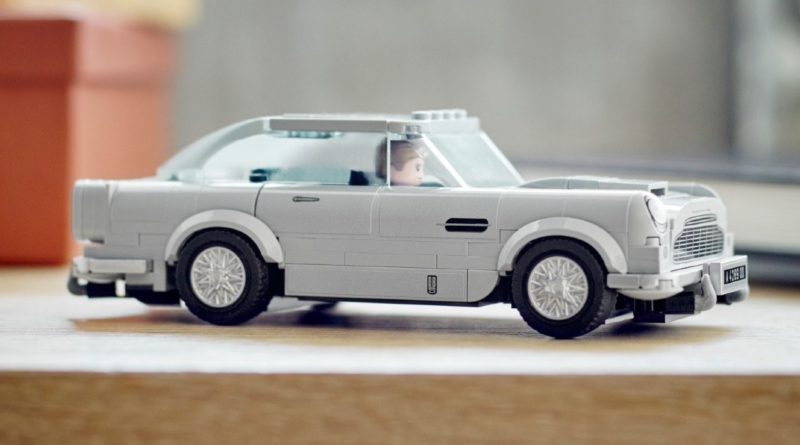 Every petrolhead’s favourite LEGO theme has expanded beyond real-world vehicles into iconic movie cars this year, kicking off with 76911 007 Aston Martin DB5 and 76912 Fast & Furious 1970 Dodge Charger R/T. Both of those models were designed by Speed Champions’ Design Manager Chris Stamp, who’s been the driving force behind bringing them to shelves – and has plans for another decade of sets to follow.

“I did both the James Bond DB5 Aston Martin and the Fast and the Furious Dodge Charger myself,” Stamp told Road & Track. “That’s something that I have been pushing and driving for three years to get greenlit internally. I basically mapped out a whole 10-year strategy. I was thinking 10 years ahead because we were trying to get that off the ground internally. There’s a lot of loops to go through.”

Whether LEGO Speed Champions continues to regularly launch movie-inspired vehicles will likely depend on the reception to this initial pair (and any that follow in the short term), but if they do find success, it sounds like the team is geared up and ready to continue down this road for a while yet. Stamp has previously signalled that the DB5 and Dodge Charger are ‘the beginning of a collection’, but just how far that collection could span wasn’t clear – until now.

The LEGO Group is currently rumoured to be pressing ahead with more iconic movie cars as early as March 2023, when the next wave of Speed Champions cars is said to be racing on to shelves. Among the reported line-up for next year is 76917 Fast & Furious Nissan Skyline GT-R R34, which is believed to include a Brian O’Connor minifigure.