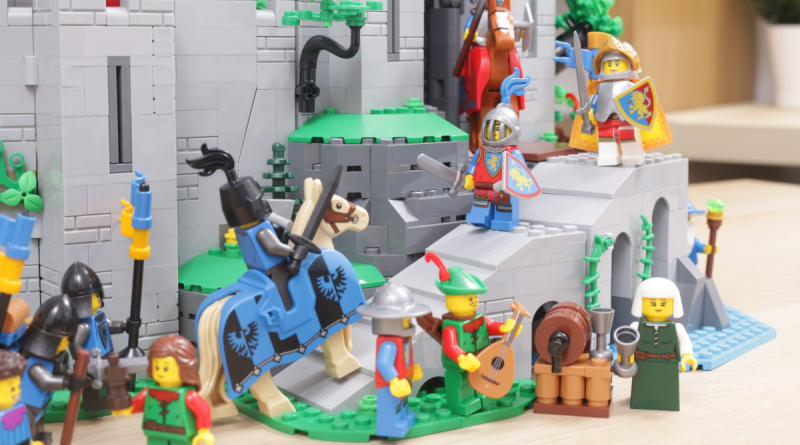 Released through VIP early access today, the flagship 90th-anniversary set is now in contention for our Top 20 LEGO Sets List, which counts down the best products currently available at LEGO.com in the UK and Europe. And there’s so much to love and appreciate about the 4,514-piece set that it’s already vying for the throne, aiming to topple 75313 AT-AT from its lofty perch.

It’s a tough battle at the top, though, as the LEGO Star Wars Ultimate Collector Series set has held pole position since launch day back in November 2021 (and not without cause). And while 10305 Lion Knights’ Castle is itself an incredibly impressive LEGO model – whether you’re looking at it through nostalgia goggles or not – it’s not quite the feat of engineering that the AT-AT represents.

That means the castle’s conquest stops at second place, but a silver medal is absolutely worth shouting about: there are currently in excess of 1,000 products available at LEGO.com, so second-best is still superb in the grand scheme of things. And it makes 10305 Lion Knights’ Castle one to prioritise as soon as funds allow, not least because it’s likely to sell out pretty quickly.

Click through to Brick Fanatics’ Top 20 LEGO Sets List to see the full context of 10305 Lion Knights’ Castle’s position – and the other brilliant sets it’s managed to depose on its way up. The 90th-anniversary set, which includes 22 minifigures and nods to multiple classic Castle factions, is available exclusively to VIPs until August 8, when it will go on sale for everyone.

If you’re in the UK or Europe, your order will also qualify for the thematically-appropriate freebie 40567 Forest Hideout – at least while stocks last.