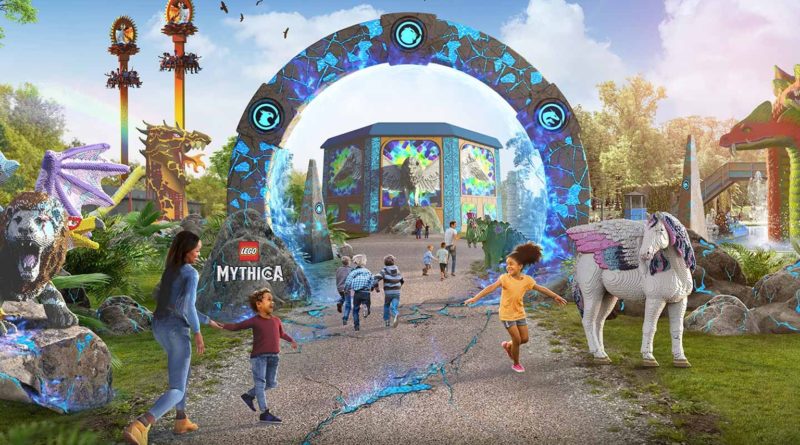 The next LEGOLAND set has been confirmed to be based on Mythica, the new land at LEGOLAND Windsor which just received an expansion.

Following the release of 40473 Water Park in 2021, the next annual LEGOLAND model has been revealed on the instructions database on LEGO.com. Two new additions have revealed 40556 Mythica and 40526 Electric Scooters & Charging Dock.

No details other than a release date of 2022 have been uploaded to the online store, though the names give us enough to speculate on for the time being. The contents of 40526 seem self-explanatory. However, 40556 Mythica might be a bit more confusing to those not familiar with LEGOLAND Windsor Resort.

Mythica is the name of the most recent expansion to LEGOLAND Windsor and is based on a world of mythical creatures that have crossed over with our own. Rides at the land include a flying theatre, two drop towers, a play area, building zones and a new walkthrough experience – all of which have a different creature inspiring them. What will translate over to the model is not yet known.

Although the 4D movie has made its way to other LEGOLAND parks worldwide, the land itself still remains exclusive to LEGOLAND Windsor at the time of writing, yet it’s getting a dedicated model all the same.

Whether this might suggest that other resorts are getting Mythica is not confirmed currently. As is the case with all LEGOLAND sets, this will likely be exclusively available at LEGOLAND parks, or their online stores provided they open up again. This listing could mean an imminent reveal for both sets soon.