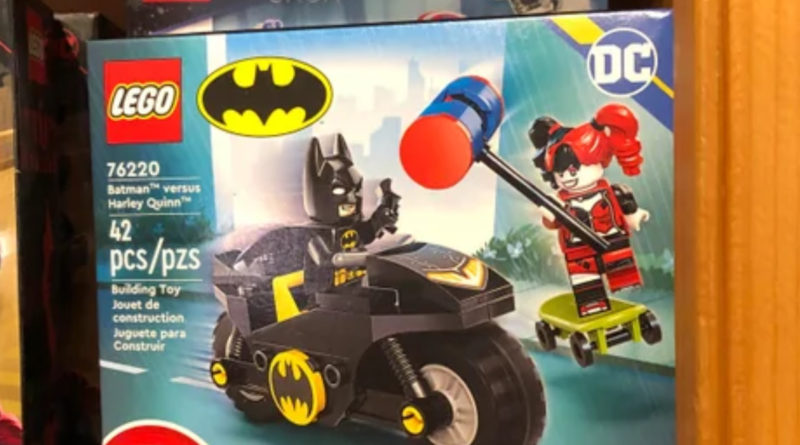 The latest LEGO Batman set has been found in San Diego, although it’s aimed squarely at the younger LEGO fan.

Over the last few years, the LEGO DC line has shrunk to focus on Batman and his immediate circle of friends. It currently offers a variety of Bat-merch inspired by both the recent Batman movie and older incarnations of the Caped Crusader.

Continuing this trend, a new LEGO Batman set has been spotted in the wild. Reddit user Kona_08 has posted a photograph of 76220 Batman versus Harley Quinn online; the set was reportedly found in Old Town San Diego.

Like many LEGO Batman sets, the model isn’t beholden to a particular era of Batman history. However, it does seem to re-use the Harley hair from The LEGO Batman Movie, so you may want to treat it as a tie-in of sorts.

The set itself is aimed at young LEGO fans, featuring a simple motorcycle build and a skateboard for Harley to ride. Batarang and brick-built hammer accessories are also included if you want to stage a battle.

Given the simple construction and availability of these characters elsewhere, this set probably isn’t too enticing for older LEGO fans. There also doesn’t appear to be many more major LEGO DC sets on the horizon – and if you want something a bit different, a potential future release is sadly treading familiar ground.

If you are interested in this set, we may now see an official reveal before too long.