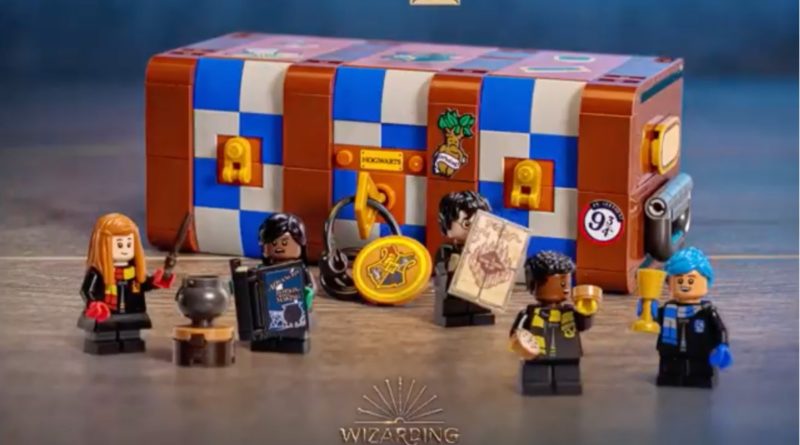 Unveiled in a video on its Facebook page, the buildable trunk – which can be decorated in any of the four Hogwarts house colours – can be locked with a LEGO key as rumoured, and opens up to reveal an interior space to accommodate various scenes from the Harry Potter movies.

In fact, the entire ethos behind the set appears to be customisation: the video shows off a huge mix of different minifigure parts, including torsos for all four houses, a non-house-specific Hogwarts torso, and head and hair elements for plenty of named characters – including Harry, Ron, Hermione, Ginny, Cho Chang, Luna Lovegood and Draco Malfoy, to name a few.

Professor McGonagall also appears to be included for the Sorting Ceremony, which is just one of several interior setups showcased in the stop-motion clip. We can also see builds for all four house common rooms and the Great Hall, complete with tables littered with food.

There’s no word yet on how many pieces 76399 Hogwarts Magical Trunk will include, when it will launch or how much it’ll cost, but all that info will likely be revealed later today when the Harry Potter set is listed on LEGO.com. We’ll keep you posted.