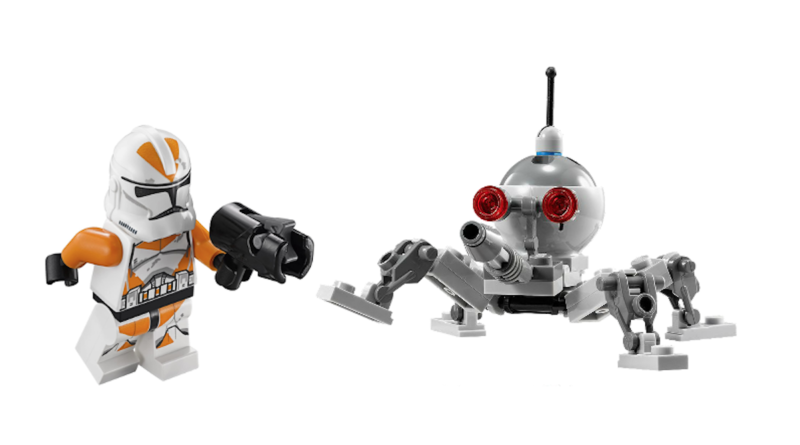 A source has claimed that the rumoured LEGO Star Wars AT-TE may include 212th Clone Troopers and a Dwarf Spider Droid.

A number of rumours have been swirling lately regarding a potential LEGO Star Wars AT-TE for 2022. The most recent of these stories suggests that the set may actually be based on Revenge of the Sith, despite Attack of the Clones marking its 20th anniversary on May 16.

Now Instagram user greekbricks is reporting that the rumoured set could also include a few additional features, potentially to justify the AT-TE’s possible $140 price tag. The source’s story states that the proposed 1,082-piece LEGO Star Wars set might also arrive with a selection of 212th Battalion Clone Troopers and a Dwarf Spider Droid build.

We’ve already suggested four possible reasons why the rumoured AT-TE set may be so expensive and the potential for tonnes of minifigures and side-builds to be included. If a number of 212th Battalion Clone Troopers were included with the large set, it would be the first time that the characters have been available since 75036 Utapau Troopers in 2014.

Likewise, the Dwarf Spider Droid was last seen as part of 75261 Clone Scout Walker – 20th Anniversary Edition, which appeared in 2019, making the additional side-build appealing for those who may have missed out on the model last time.

It’s not yet known if the rumoured LEGO Star Wars AT-TE will also include other minifigures or even more side-builds, but with the set said to have more pieces than previous versions of the vehicle, there could be much to the model than just the main walker.

As with all rumours, do take this information with a pinch of salt until it’s been confirmed by the LEGO Group.