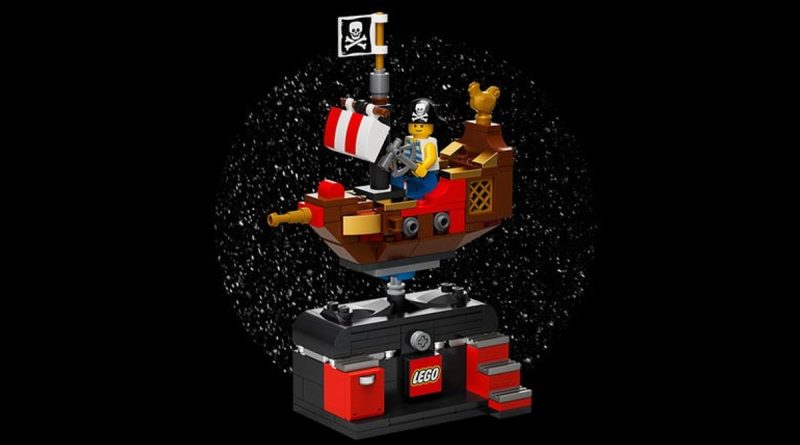 A brand new slate of LEGO VIP rewards are now available to redeem for the Black Friday weekend, including the second Bricktober 2022 set and a new retro keyring.

Nestled among this year’s LEGO Black Friday deals are three new additions to the VIP Rewards Centre, following on from last week’s LEGO VIP Weekend rewards. Top of the list for most this week will be 6427895 Pirate Adventure Ride, the second of this year’s Bricktober sets, which is available for 2,400 VIP points in the UK (or the equivalent of £15 in discount vouchers).

Anyone fortunate enough to grab 6427894 Dragon Adventure Ride last weekend will presumably want to keep their collection going, especially if the final two Bricktober sets also appear in the VIP Rewards Centre in the weeks to come. If you’ve got any spare VIP points to spend, you can also grab two other physical rewards across the Black Friday and Cyber Monday weekend only.

The first of those is a postcard and stickers celebrating the launch of 10307 Eiffel Tower, which is available from today at LEGO.com and in LEGO Stores. The 10,001-piece set retails for £554.99 / $629.99 / €629.99, and early adopters will receive 40579 Eiffel’s Apartment for free until November 28, or while stocks last. (You’ll also qualify for this weekend’s other two gifts-with-purchase.)

The second and final VIP reward is a 1964 Retro Keyring, adding to the collection of retro logo keyrings the LEGO Group has been steadily releasing across 2022. You’ll need to spend 950 points to secure that one. Here’s a full round-up of all the new LEGO Black Friday VIP rewards:

For this weekend only, you can also score 75% off VIP discount vouchers, effectively quadrupling the value of your VIP points. Click here to find out more about that deal, or head here for a complete round-up of all this year’s LEGO Black Friday offers, including up to 50% off selected sets.