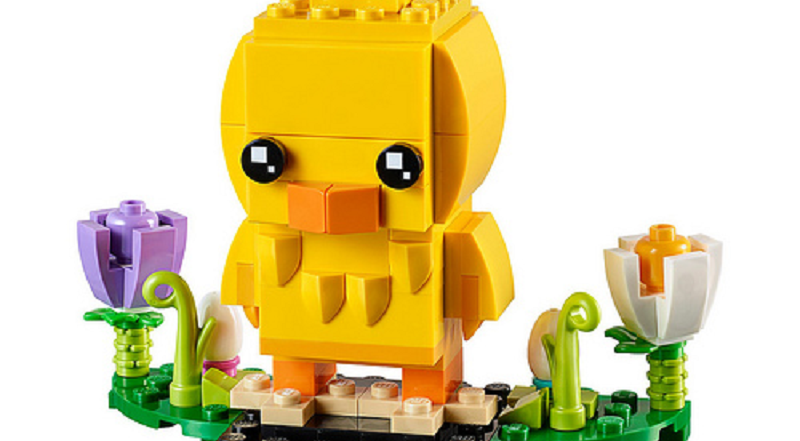 Fans can now get a look at one of the upcoming LEGO BrickHeadz sets, 40350 Easter Chick.

While LEGO BrickHeadz has come to an end as far as mainstream retailers are concerned, shop.LEGO.com is continuing the theme this year with a series of seasonal exclusive products. 40350 Easter Chick has already been revealed, but the Brick Fan now shares clearer, official images of the upcoming set. It is likely to be released on February 1.

As is usual for these special holiday related sets, 40350 Easter Chick has a larger display base with a little environment built around, with two flowers representing the springtime.

The rest of the sets that will be released for the relevant occasions include 40351 Ghost and 40353 Reindeer, Elf and Elfie. 40348 Birthday Clown, 40349 Puppy and 40354 Dragon Dance Guy are already available to buy. Seasonal sets from the previous year occasionally turn up at other retailers, so anyone who missed out on last year’s sets may still have the opportunity to get them.

Brick Fanatics recently picked out ten Disney characters who would be perfect for the LEGO BrickHeadz theme.

LEGO BrickHeadz sets, both seasonal and licenses, are available now from shop.LEGO.com.