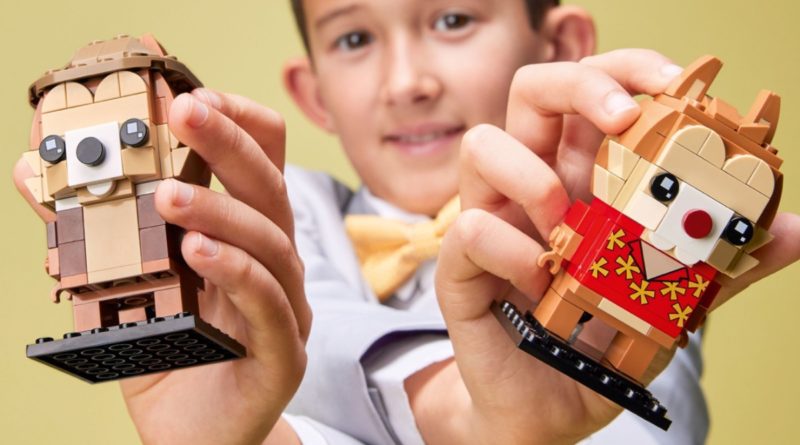 The LEGO Group has unveiled two more BrickHeadz characters coming our way in 2022, in the form of Disney’s 40550 Chip & Dale.

Wearing their outfits from Chip ‘n Dale: Rescue Rangers, the anthropomorphic chipmunks make for a distinct pair of buildable statuettes. They’re comprised of 226 pieces total, and will retail for £17.99 / $19.99 / €19.99 when they launch on March 1 at LEGO.com and in LEGO Stores.

40550 Chip & Dale is only the latest in a growing line of LEGO Disney BrickHeadz, and more widely a theme that’s already racking up releases in this calendar year. Tomorrow (February 1) will see the launch of Toy Story, Looney Tunes and Stranger Things BrickHeadz, while previous Disney sets include 40377 Donald Duck and 40378 Goofy & Pluto.

We’ve also had 40539 Ahsoka Tano, 40354 Dragon Dance Guy and two BrickHeadz Pets sets already this year, while at least four more sets in the long-running theme are rumoured to be on the way in 2022. There’s no word yet on what those will consist of, however – nor how many characters they’ll include between them.

40550 Chip & Dale will be available to order from March 1. Consider supporting the work that Brick Fanatics does by purchasing your copy using our affiliate links. Thank you!