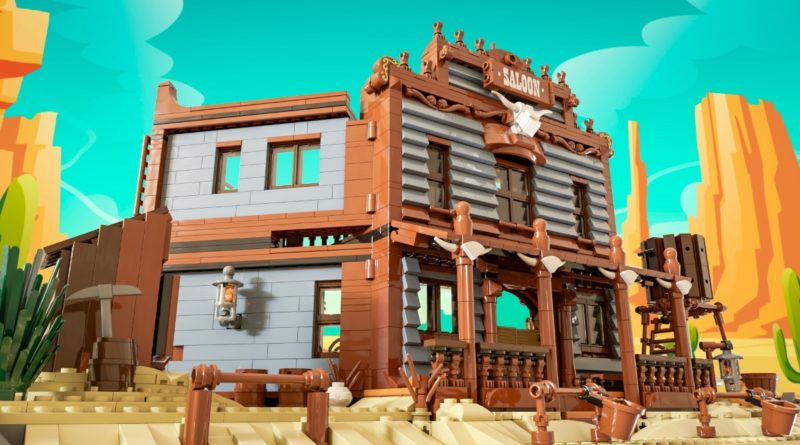 The LEGO Group has delayed one of the BrickLink Designer Program’s second-round projects over potential ‘inappropriate association’ with the fatal shooting on the set of Rust.

Late last month, actor Alec Baldwin accidentally and fatally shot his director of photography, Halyna Hutchins, with a prop gun while filming upcoming Western movie Rust. The LEGO Group has subsequently delayed Pablo Sánchez Jiménez’s Brickwest Studios project, which was initially due to be part of the second round of crowdfunding in the BrickLink Designer Program.

Jiménez’s rejected LEGO Ideas 10K build depicts a fictional Western movie set, including a saloon, lighting rigs, cameras and a cargo van, all of which the LEGO Group believes could draw potential ‘inappropriate’ comparisons to the real-world events surrounding Rust.

“We’ve moved Venetian Houses forward into Round 2 and Brickwest Studios back to Round 3,” the BrickLink team posted on social media. “This is out of respect for people affected by the recent tragedy on the set of Rust. We didn’t want to draw any unintended and inappropriate association between the fan design and the tragedy at this difficult time.”

BlackQubit’s Venetian Houses moving forward means there will still be nine projects in the second round of crowdfunding, which gets underway from November 9. Pricing for that project has yet to be determined, but with a similar part count to Brickwest Studios – 3,470, compared to 3,741 – it will likely come in at a similar price point, so roughly $279.99.

Jiménez – who’s also responsible for the concept behind 21322 Pirates of Barracuda Bay – will now have two projects in the third and final round of crowdfunding, with Brickwest Studios joining Train Station: Studgate in the nine-strong line-up. Round 3 kicks off sometime in 2022, with a more specific date to be announced in due course.