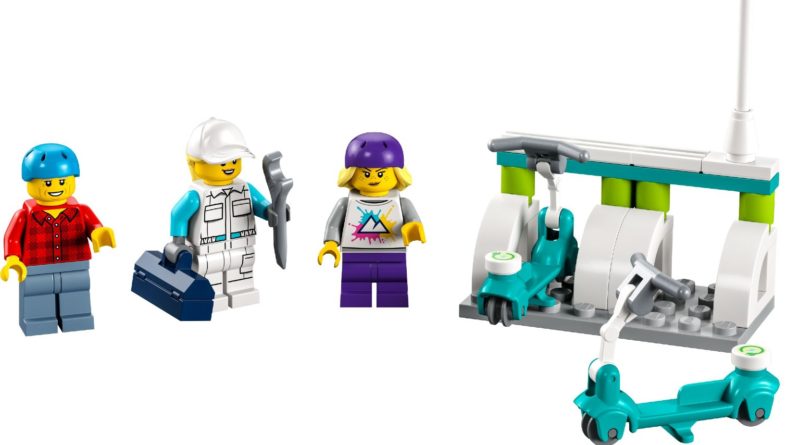 A new LEGO CITY set has been revealed on the official online store, with details of the price and release date for brick-built electric scooters.

It turns out that the name was fairly indicative of what to expect in the set as 40526 Electric Scooters & Charging Dock includes two electric scooters, a charging dock with a solar panel, and three minifigures.

Also revealed on the instructions portal was 40556 Mythica, though that set has not appeared yet on the official online and that might be due it likely being a LEGOLAND model based on the land of the same name.