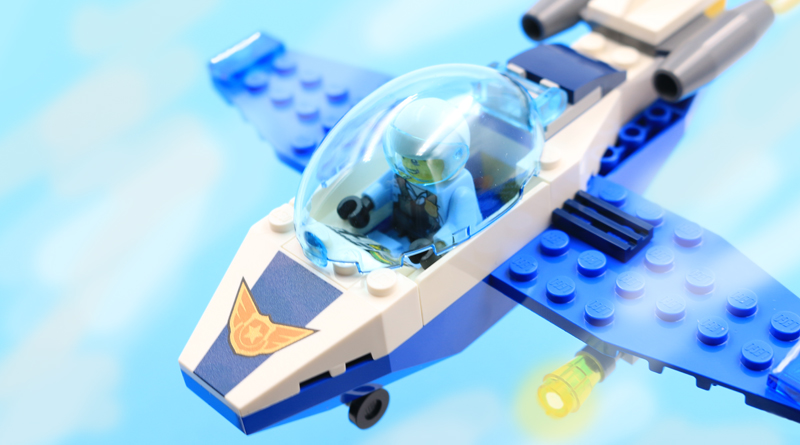 Is LEGO City 60206 Sky Police Jet Patrol one to fly by or would it be criminal to miss it?

Every year the LEGO City designers in Billund must have a roundtable meeting on how to make the Police sub-theme different yet again. There have been many iterations of police-inspired helicopters and planes, but a whole division of aeronaut officers is a new and very interesting concept. 60206 Sky Police Jet Patrol falls under this year’s new law enforcement sub-theme. 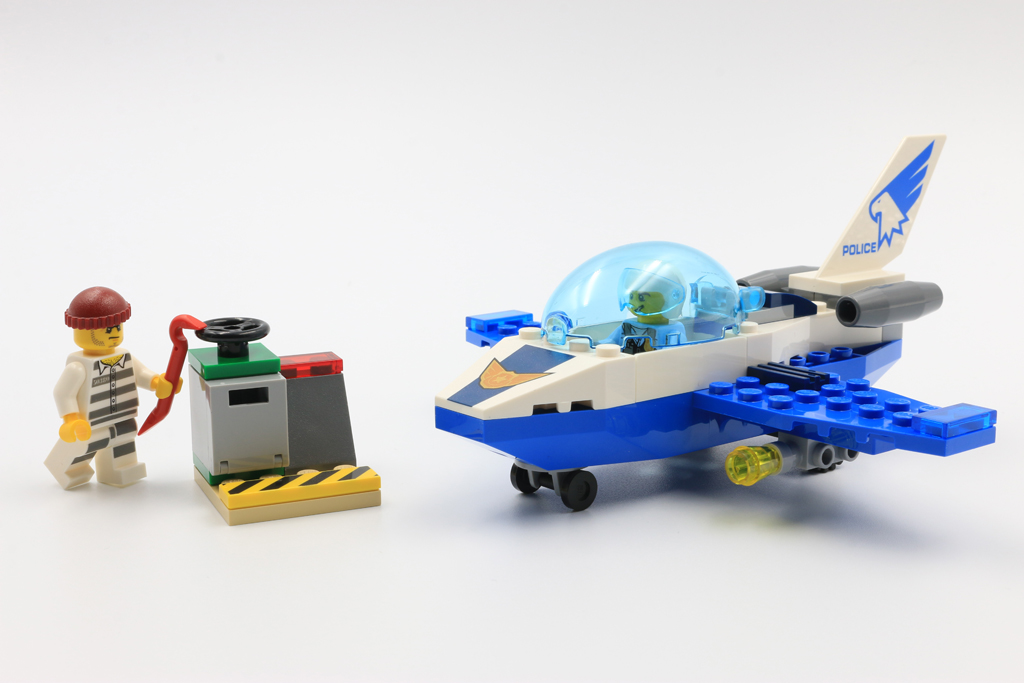 A recent piece, the 16×18 plane bottom has only also been used in 76134 Spider-Man Doc Ock Diamond Heist, and it provides a nicely sturdy but extremely easy base. Even with such a limited parts count there is still some relevant detailing, from navy grille-tiles as greebling to trans-blue 1×2 tiles imitating lights on the ends of each wing.

At the nose is a uniquely printed roof brick with the golden insignia of the Sky Police, whilst the tail-fin uses an eagle motif strangely reminiscent of the CIA logo. The cockpit cover and jet engines do look oversized on a plane of this scale, but the model was never intended to be mechanically accurate.

The little side build is a small safe containing LEGO rubies, which the criminal is trying to steal in broad daylight, in his prison uniform, with only a crowbar. It’s not a hard job being a LEGO City police officer.

Neither minifigure is unique to this set, with both of them being found elsewhere in other Sky Police sets. The police officer minifigure is extremely well designed, particularly the printing that manages to combine police gear with a pilot’s suit.

Aimed for young aspiring LEGO law-enforcers, 60206 Sky Police Jet Patrol is a pocket money set that won’t rob your bank. It is perfectly sized for a little fan to swoosh around and can easily survive a few crash landings. 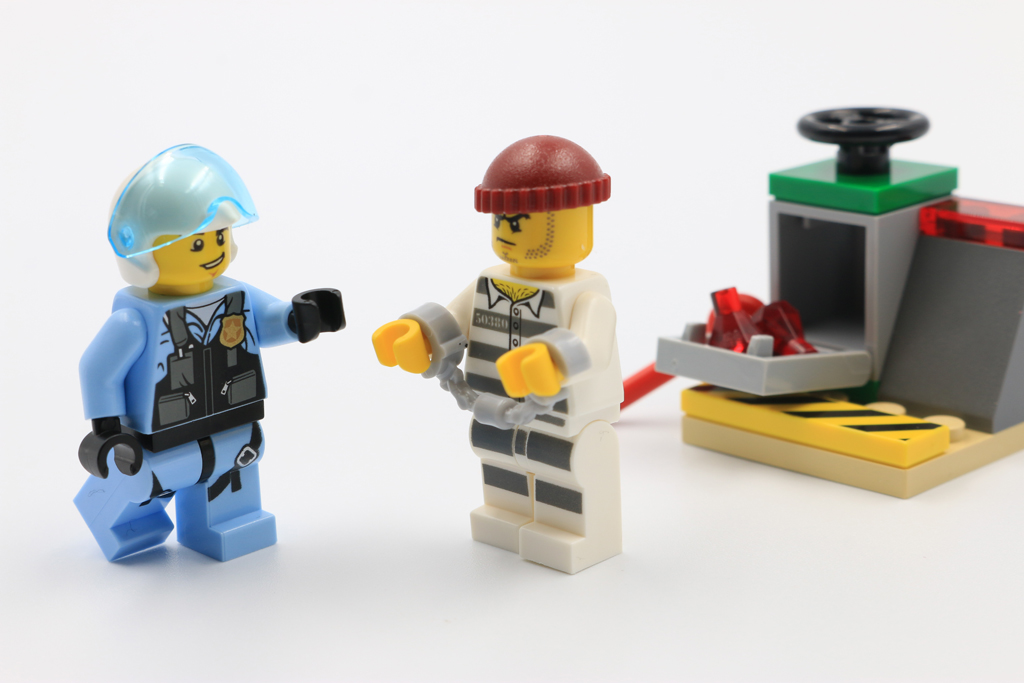