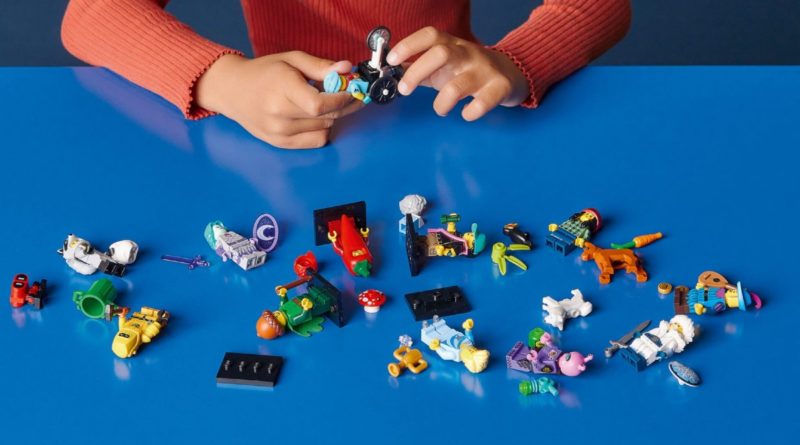 LEGO Collectible Minifigures 71032 Series 22 has been added to the official online store, confirming the US price and release date.

The 22nd instalment of the LEGO Collectible Minifigures was revealed earlier this month via a german retailer, which showcased the first images and the European price. However, it left out the official names for the 12 new characters and other regional prices.

According to the listing on LEGO.com, 71032 Series 22 will release on January 1, 2022, for $4.99 per bag. No such listing has been added to the online store in the UK and Europe at the time of writing, though the german retailer previously had it priced at €3.99, suggesting a cost of £3.49. As previously reported, that would be consistent with recent Collectible Minifigures series.

Starting with the top row on the above image from left to right and working down the rows in the same pattern, the official names for the new characters are Night Protector, Forest Elf, Space Creature, Robot Repair Tech, Bird-watcher, Horse and Groom, Troubador, Snow Guardian, Wheelchair Racer, Figure Skating Champion, Chilli Costume Fan and Racoon Costume Fan.

This additional picture also helps to showcase the contents of each minifigure and which accessories will be included with them. In the case of the Racoon Costume Fan and Chilli Costume Fan, an alternate hairpiece is provided for each when out of the mascot outfit.

Listings for the UK and European stores are likely coming soon, with confirmation of regional prices to follow. This is rumoured to be the first of multiple series in 2022 with a range based on The Muppets also reported.

Support the work that Brick Fanatics does by purchasing your LEGO Collectible Minifigures through our affiliate links.