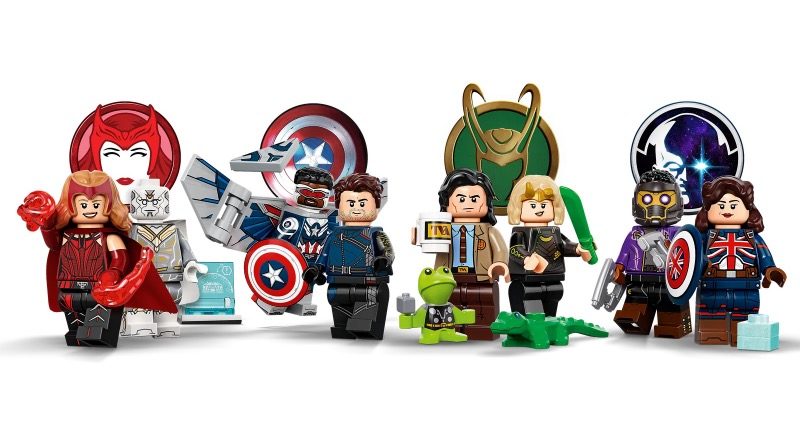 The latest series of Collectible Minifigures is now listed on LEGO.com worldwide, confirming the global prices and release date for 71031 Marvel Studios.

The 12-strong series of characters – which draws on the first four Disney+ Marvel shows in WandaVision, The Falcon and the Winter Soldier, Loki and What If…? – will debut in all territories on September 1 through official LEGO channels. As with past Collectible Minifigures launches, expect them to show up at other retailers on the same day (or even a little beforehand).

As previously reported, 71031 Marvel Studios will follow 2021’s other blind-bagged line-ups 71029 Series 21 and 71030 Looney Tunes by retailing for $4.99 per character in the US. The minifigures are now listed on LEGO.com in the UK and Europe, however, confirming that the cost per minifigure will remain unchanged in those regions, too.

Check out more images of Captain America, Loki, Zombie Hunter Spidey and the rest of the crew by clicking here, and keep an eye on Brick Fanatics next month for our detailed verdict on all 12 minifigures in 71031 Marvel Studios.