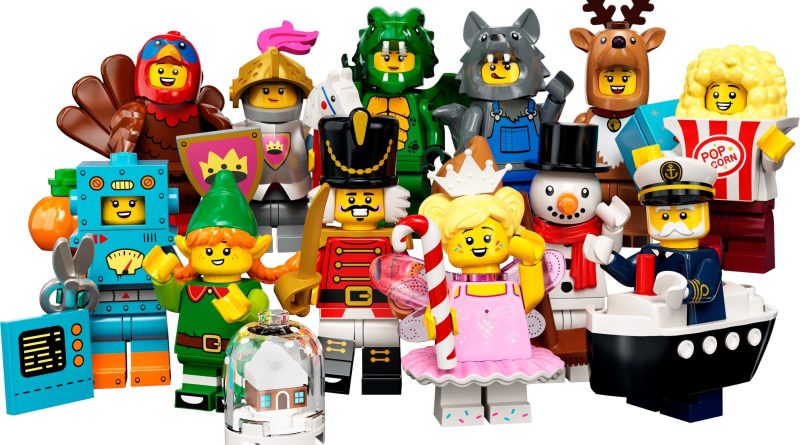 The LEGO Group has revealed that LEGO Collectible Minifigures 71036 Series 23 6 pack will be joining the upcoming individual blind bags.

The latest wave of the popular LEGO CMF theme is due to arrive next month, with 12 all-new buildable characters to hunt down and collect. LEGO Collectible Minifigures 71034 Series 23 was first revealed at this year’s LEGO CON, with the full line-up featuring another eclectic mix of themed costumes and several new unique elements.

As usual, each blind bag will be sealed to protect the anonymity of the minifigure contained within, but a quick rummage around the foil pack can often provide collectors with a good idea of what’s inside. However, that’s all set to change, with the LEGO Group recently confirming that new packaging is on the horizon for future CMFs, boasting a revised design that looks set to deter such tactile feeling.

In addition to the 12 blind-bagged characters making up Series 23, the official Australian store has now revealed that LEGO Collectible Minifigures 71036 Series 23 6 pack will also be arriving soon. Although the set is listed with a release date of October 1, it’s possible this might be an error and that both sets will arrive together on September 1.

That was the case with the recent 71035 The Muppets 6 pack, which debuted day and date alongside 71033 The Muppets Collectible Minifigures and promptly sold out in most territories. The six pack of random characters based on The Muppets was certainly a more affordable way of getting a selection of minifigures than buying them individually, so similar boxed CMFs sets could be something we may see more of going forward.