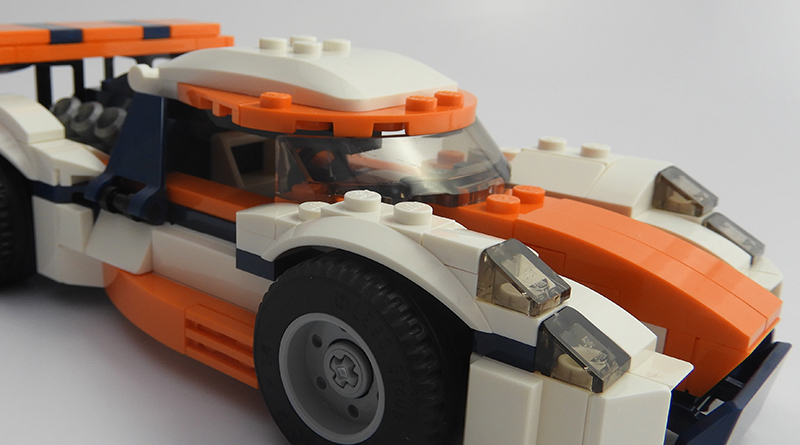 Automotive sets are always going to have mass appeal and the LEGO Group has released another vehicle as a part of the Creator 3-in-1 theme. 31089 Sunset Track Racer is a very slick looking vehicle and I can’t help but be reminded of 31017 Sunset Speeder which was another 3-in-1 set released back in 2014. 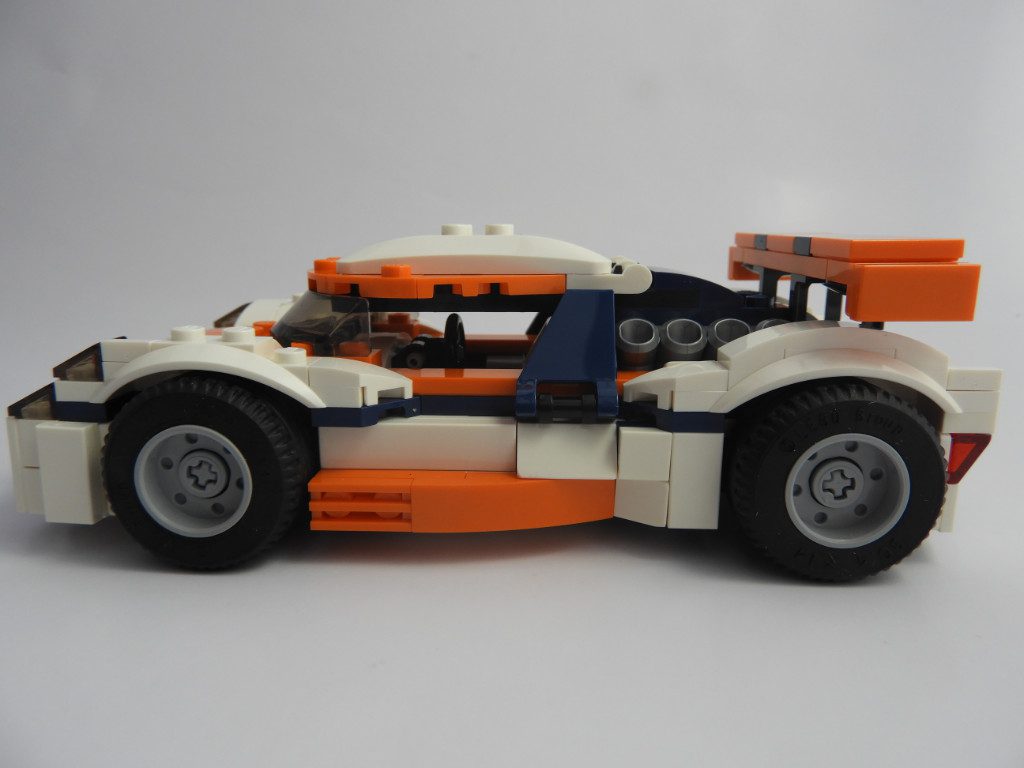 “Sunset” presumably refers to the wonderful use of orange parts which makes this car a great addition to your fleet. As well as orange, the build also makes use of white and dark blue parts which works very well giving the car instant aesthetic appeal. This is further enhanced by a cleverly executed use of parts to create the aerodynamic curves on the bodywork. The engine is clearly visible at the rear of the vehicle and definitely gives the car a sense of grunt and power. A large rear spoiler is also featured which adds neatly to overall build, leaving you in no doubt that this is a racing car.

The rounded, tinted windscreen works well and the cockpit is accessible. The set boasts that the cockpit can accommodate (but does not include) a minifigure with race helmet, but the scale feels wrong, as this set is eight studs wide and the tyres are far too large – vehicles in the LEGO Speed Champions theme are typically six studs wide which works much better for minifigures.

Ignoring the fact it’s not minifigure scale, the completed build does look great and I am certain that this will appeal to the demographic it is targeted at. The use of colour and the shaping of 31089 Sunset Track Racer looks very effective and the car can be driven at speed, take sharp corners and still remains intact.

The Classic Race Car model is also a neat build and the designers have done a good job of capturing the classic design elements of older racing cars. I’m a lot less convinced about the Speed Boat and I would have like to have seen smoother edges at the front of the vessel.

This is a good value set with a nice range of pieces that also proved to be an enjoyable build experience.

31089 Sunset Track Racer is available now at shop.lego.com. You can help support Brick Fanatics’ work by using our affiliate links.