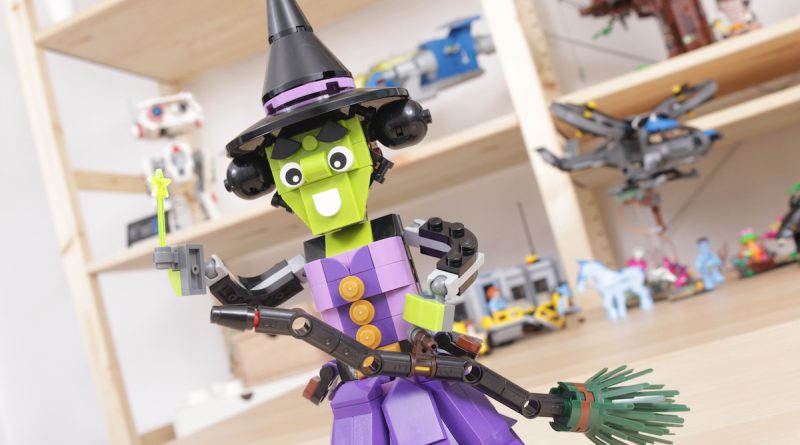 An intriguing new entry in the LEGO Creator 3-in-1 range – 40562 Mystic Witch – will be available later this month as a promotional item.

The LEGO Creator 3-in-1 theme is one of the more appealing in the LEGO lineup, thanks to its colourful designs, diverse subject matter and relatively low price points. Now one is being produced as a new gift with purchase, and given we’re in the middle of Spooky Season it’s thematically appropriate.

40562 Mystic Witch offers a large, brick-built witch with green skin and a purple dress. While articulation appears limited, she does come with a variety of accessories like a broomstick, a wand, a pumpkin, a frog and a spider. Since this is a 3-in-1 set, she can also transform into a cat or a draconic creature.

If you’re interested in adding this set to your collection, it’ll be available at LEGO.com from October 14 until October 31 – or until stocks of the set run out, which seems a distinct possibility. You’ll need to spend £100 / $100 / €100 on other LEGO sets to pick her up, but with three different build options you may be tempted to spend a little more than that.

In any case, hitting the price threshold shouldn’t prove too difficult. A number of major new LEGO releases have appeared on LEGO.com this month, with the surprise LEGO.com sale offering some great discounts. There’s also several other promotional items available in October, but since 40566 Ray the Castaway (the most desirable GWP at the moment) doesn’t overlap with 40562 Mystic Witch, you may need to make some tough choices in the next few days.