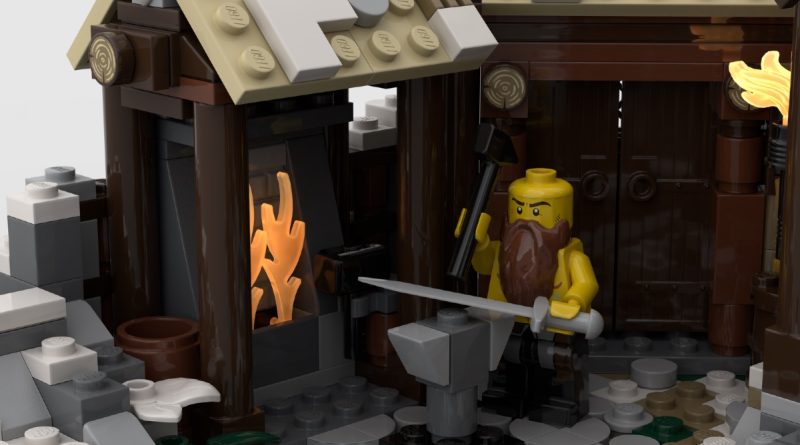 With another LEGO Ideas set ticked off in 21337 Table Football, the list of projects still in production is shrinking by the week.

The LEGO Group has already pulled back the curtain on two new LEGO Ideas sets in recent weeks, with 40566 Ray the Castaway currently available as a gift-with-purchase at LEGO.com. You’ll need to spend £120 / $120 / €120 or more before October 13 to get your hands on that one – and it stacks with both the latest double VIP points event and the brand new LEGO sale.

21337 Table Football, meanwhile, will land on shelves on November 1 (following a launch event in Paris the weekend before). That leaves just four LEGO Ideas sets currently in production, all of which are currently thought to be arriving on shelves in 2023. Here’s a quick reminder of everything still to come from the crowdsourcing theme…

Andrea Lattanzio’s A-Frame Cabin is a masterpiece of LEGO architecture, and could well be one of the most intricate LEGO Ideas sets to date. That’s if it sticks to its source material, of course – more likely, the LEGO Group will simplify its design as per 21325 Medieval Blacksmith.

The LEGO Group is tapping into the zeitgeist with BTS “Dynamite”, a project based on the South Korean pop group’s global smash hit. Its music video has surpassed 1.5 billion views on YouTube, so there’s definitely a market for this build by Ideas users JBBrickFanatic and BangtanBricks.

With Hocus Pocus 2 arriving on Disney+ late last month, it’s perhaps no surprise that the LEGO Ideas team has chosen to cast its magic on Amber Veyt’s cottage build. We’ll hopefully see the final results sometime in 2023, marking the 30th anniversary of the original movie.

BrickHammer’s Viking Village has achieved success through non-conventional means for LEGO Ideas, taking top place in a poll – launched in conjunction with US retailer Target – to give three rejected 10K Ideas projects a second chance. And it’ll hopefully pair well with this year’s 31132 Viking Ship and the Midgard Serpent…

Here’s a quick summary of every LEGO Ideas set in production as of October 2022. It’s likely that this list will grow before the end of the year, as the first 2022 review results are right around the corner.