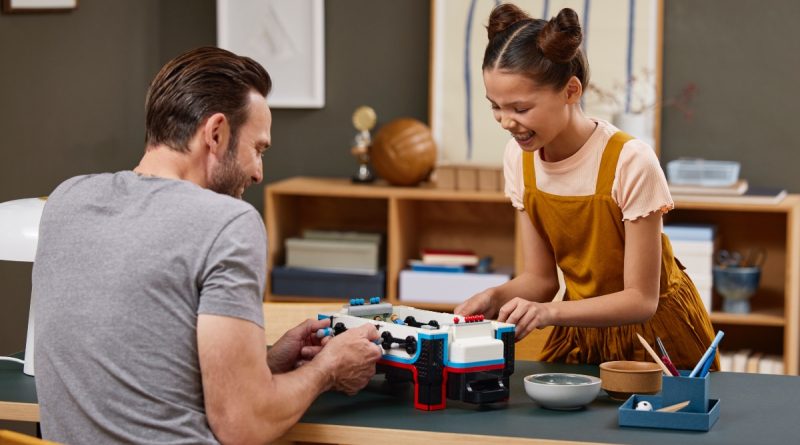 More details have been revealed for the launch event of 21337 Table Football, including details of a tournament using the model.

As mentioned in our initial report, there will be a launch event for 21337 Table Football at 35–37 Rue des Francs-Bourgeois in Paris, featuring a guest appearance by football legend Thierry Henry.

On the tickets page for this event, which will kickstart the new ‘LEGO for the Joy of Play’ marketing campaign, additional details not featured in the press release have been confirmed.

We now know that the space being used is designed by renowned architectural firm OMA’s design and research studio, AMO, and London-based concept studio CONSUL in collaboration. As well as that, it has been confirmed that this space will have three custom-built zones.

The website also mentions multiple live talks between creative leaders across a range of fields. Who these will be have not been confirmed but Thierry Henry has already been confirmed.

Rounding out the details, it has been confirmed that the competition at the event will be a tournament with entrants using 21337 Table Football. That means you’ll be able to trial the model a couple of days before it officially launches.

There are four daily time slots each day with doors open at 10:00am CEST and last entry by 5:30pm CEST. You can head over to the official booking website now to find out more and register a place for free, provided you can be in Paris on October 29 or 30.