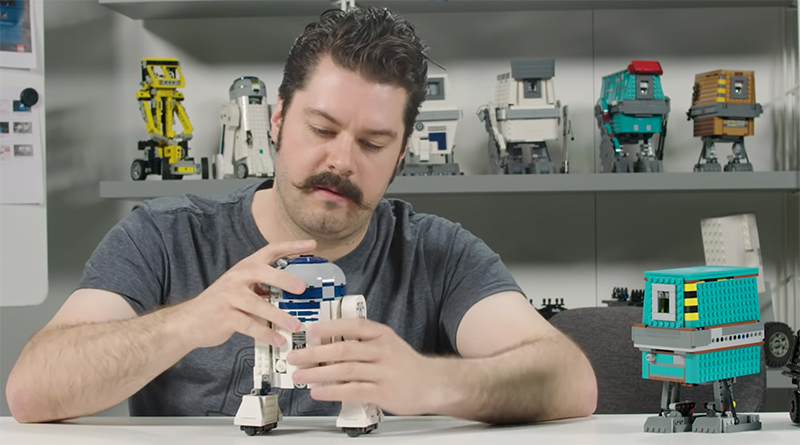 “They get to use an app experience to code their robotic creations,” explains Steve, revealing the app that includes animated minifigures and authentic Star Wars sounds. Rather than simply adding on to the build and play experience, the app will be an integral part of the play.

“He can spin his head, that’s a good trick, and he can spin his little R2-D2 arm to interact with objects,” says Carl, highlighting a couple of the key astromech functions built into R2-D2 – one of three droids that the box can build. It took many, many sketch models to get to the final version of this set, and the LEGO team has shared images of a selection of those prototypes.