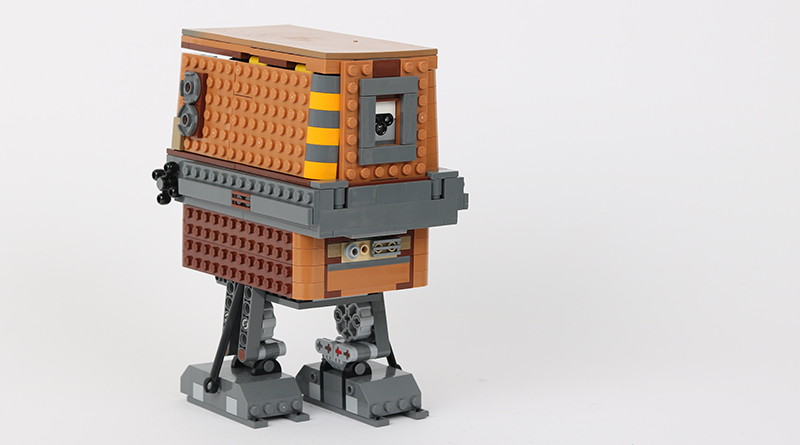 LEGO Star Wars 75253 BOOST Droid Commander is coming this September, with the behind-the-scenes process revealed in these sketch model images

Today, the LEGO Group announced a new product that combines the BOOST coding system and Star Wars, 75253 BOOST Droid Commander. The set will allow fans to build programmable droid – R2-D2, Gonk droid and Mouse droid – when it launches on September 1.

To share an insight into how LEGO designers come up with a model, a selection of images have been shared of the sketch models that led to the finished designs. Sketch models are rough drafts of models, often using incorrect colours or temporary pieces. Some are built to get a sense of scale, some are built to figure out a function and some are built to decide the colour scheme.

Carl was a LEGO fan who was hired as a designer,first working on LEGO Minecraft, before moving to LEGO BOOST. He is now working on Creator Expert, and fans may also know his LEGO Ideas model, 21309 NASA Apollo Saturn V.

Steve has worked on a variety of creative endeavours, developing educational and entertaining experiences for children. He worked on NEXO KNIGHTS in 2016, before getting involved in the Creative Play Lab – where new concepts are developed, before moving to the UX Competency Center.

LEGO Star Wars 75244 Tantive IV iwas released today exclusively at shop.LEGO.com. May the Fourth promotions are available at shop.LEGO.com while stocks last, or until May 6.