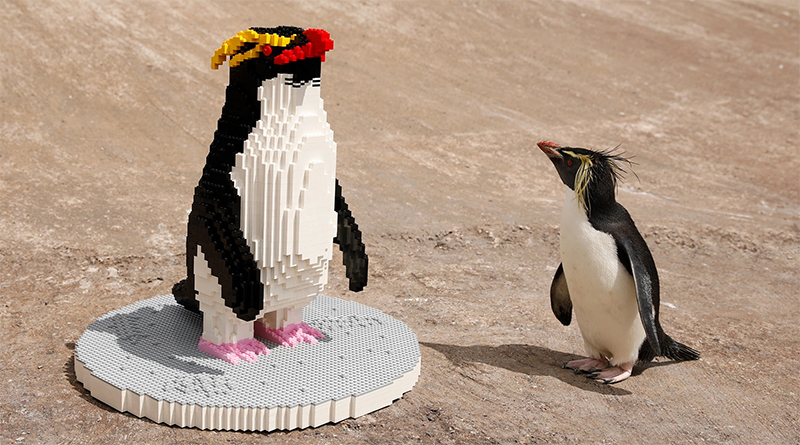 Ahead of BRICKLIVE Ocean coming to Edinburgh Zoo, the penguins have been introduced to a LEGO replica.

Edinburgh Zoo has shared some fantastic photographs on social media that sees a few of the zoo’s rockhopper penguins meet a LEGO. model of their species. The real penguins look a little curious about the 3,200 brick statue.

The model is coming to Edinburgh Zoo as part of the BRICKLIVE Ocean exhibit, that will premiere at the zoo in Scotland. Other models that will make up the exhibit include a hammerhead shark, a giant squid and an octopus.

“We are tremendously excited to be bringing BRICKLIVE Ocean to Edinburgh Zoo, especially as it is the first time it be on display anywhere in the world,” said Lyndy Donaldson, the zoo’s events and experiences manager. “The sculptures are incredibly life-like, with the killer whale four metres long and built using almost two hundred thousand LEGO bricks. Other highlights will include a three-metre long manatee, parrot fish, sharks and penguins.”

BRICKLIVE Ocean will launch at Edinburgh Zoo on July 6 and run until September 17. Entry is included with a ticket to the zoo, which are available at the official website.