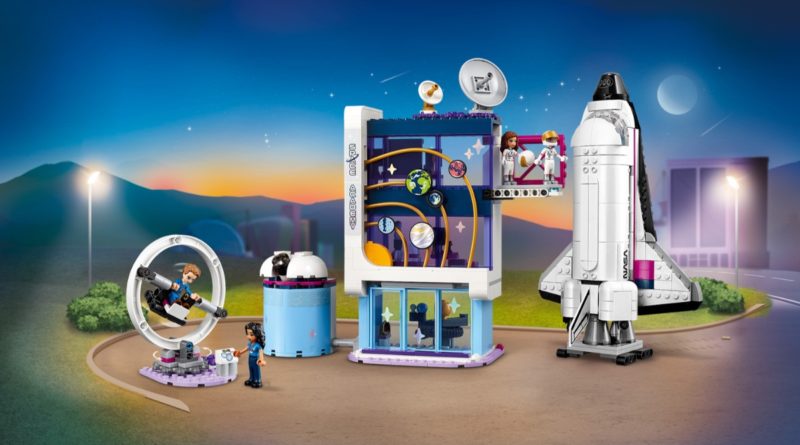 Friends has long taken its cues from CITY (and then often completely surpassed that theme) in the sheer variety of its sets, from shopping centres and jungle habitats to treehouses and vehicles. It’s now following in the footsteps of this year’s CITY space sets with its very own shuttle in 41713 Olivia’s Space Academy, as revealed on LEGO.com’s Kids hub.

There’s no product page for the set yet, so we don’t know exactly how much it’ll cost, how many pieces are included or when it’s due to launch. But we do know it will include four mini-dolls, with two characters in astronaut gear and two ground crew members. There’s also a three-storey space academy building, a telescope and a multi-axis trainer for the astronauts.

We also don’t know whether this is a one-off set for Friends, or part of a brand new wave of space-focused sets. The theme has delivered another expansive and varied range of products so far in 2022, from 41699 Pet Adoption Café and 41701 Street Food Market through to 41703 Friendship Tree House and 41704 Main Street Building.