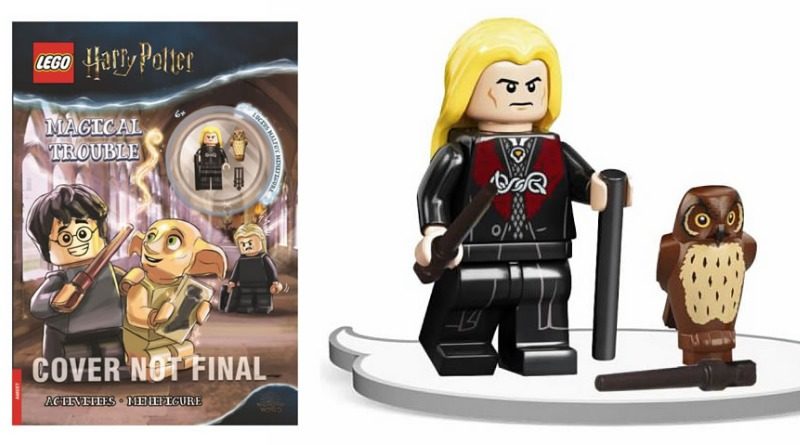 A new LEGO Harry Potter activity book will offer fans an easier way to get their hands on Lucius Malfoy in 2021.

At the moment, the villainous character is exclusive to the eye-wateringly expensive 75978 Diagon Alley. That’s all set to change next year, though, as the minifigure will come bundled with a new LEGO Harry Potter book from the LEGO Group’s official publishing partner, AMEET (h/t Hoth Bricks).

The LEGO Harry Potter Official 2022 Yearbook will launch in the third quarter of 2021. As well as the usual mix of activities, puzzles and comics, the title also comes with an owl, wand and cane for the buildable Lucius Malfoy minifigure.

Four new classroom textbooks are rumoured to be joining the Wizarding World theme in January, along with a Hogwarts Crest LEGO Art mosaic. A further 13 sets will reportedly follow in the summer, including at least one to mark the 20th anniversary of the LEGO Harry Potter theme.