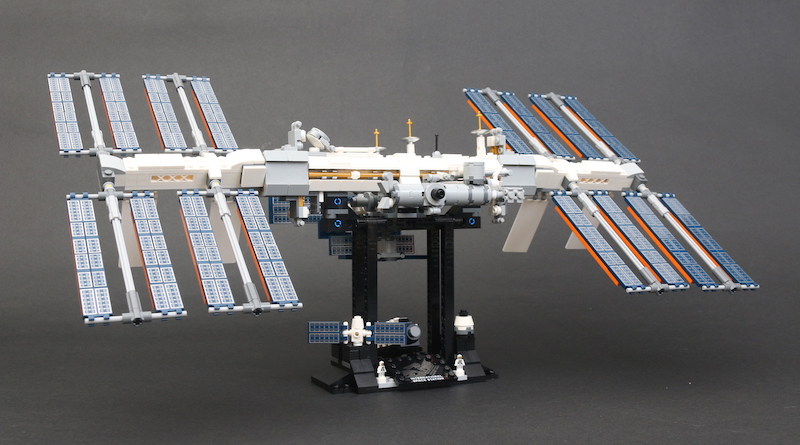 A decade of LEGO Ideas sets is celebrated with 21321 International Space Station, a model that almost never happened. The fan design was pulled out of the vault and went on to win a poll of LEGO fans to be selected for official release.

The 864-piece set is available exclusively at LEGO.com, priced at £64.99 in the UK and $69.99 in the USA. The model features the International Space Station itself, along with a NASA space shuttle, mini cargo crafts and astronaut microfigures. It uses dozens of printed tiles to accurately capture the real-life space station.

Yesterday the set launched with a designer signing event at the LEGO Store Nuremberg, Germany. The set has even been launched into space to promote its release.