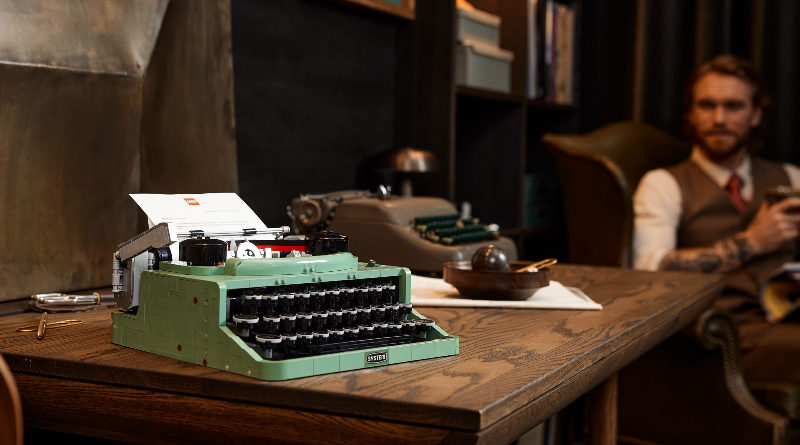 When rumoured details of Steve Guinness’s Typewriter first emerged back in May, its reported colour scheme signalled the potential for 10185 Green Grocer – one of the earliest entries in the Modular Buildings Collection, and now among the most expensive to acquire on the aftermarket – to come crashing down in price.

That’s because it represented yet another opportunity for the LEGO Group to resurrect the 1×8 brick in fabled sand green – one of the parts that’s caused the price of 10185 Green Grocer to skyrocket. The modular building includes a total of 50 sand green 1×8 bricks, but they haven’t been seen in a set since 2010’s 8097 Slave I.

The reported (and now confirmed) price tag for 21327 Typewriter of $199.99 suggested it might, therefore, be of a size that requires at least a few 1×8 bricks in sand green. But no dice: during a recent roundtable session with LEGO Fan Media (including Brick Fanatics), the LEGO Ideas team confirmed that 21327 Typewriter unfortunately doesn’t include a single sand green 1×8 brick.

It’s back to the drawing board for 10185 Green Grocer, then – a phrase which here means ‘paying an eye-watering amount of money on the aftermarket’. If you’re interested in the latest LEGO Ideas set beyond its potential for making modular buildings cheaper, click here for all the details on 21327 Typewriter.