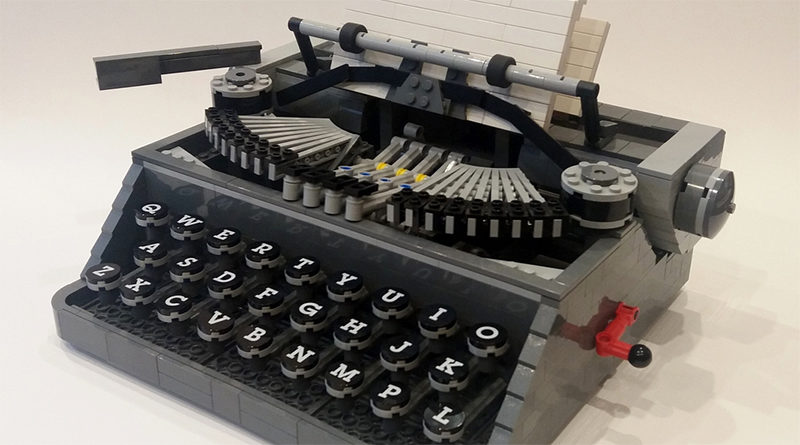 Rumours suggest the next LEGO Ideas set to land on shelves will be Steve Guinness’s Typewriter, and it sounds like it’s going to be a hefty beast.

Such an inflated price tag may hint at some added functionality in 21327 Typewriter, in the same way that 21323 Grand Piano’s Powered Up components bumped it all the way up to $349.99. Or it could be indicative of a bunch of especially large pieces, or bricks in a rare colour – such as sand green, which brick_clicker claims will be the main hue for the model.

The same source reports that 21327 Typewriter (which may not be its final name) will launch around June or July. Last year’s Ideas sets launched in April and August, but with so many other successful projects waiting in the wings – including Home Alone, Seinfeld and the Fender Stratocaster – it wouldn’t be surprising to see the LEGO Group ramp up the crowdsourced theme’s release schedule.

We’ll bring you more on 21327 Typewriter as we get it. For now, this is strictly a rumour until confirmed otherwise by the LEGO Group.