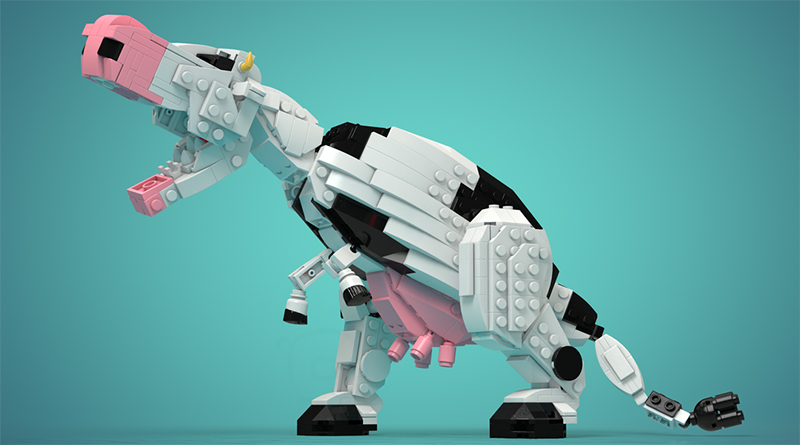 The winner of the latest LEGO Ideas build contest, which asked entrants to build a genetically modified dinosaur inspired by Jurassic World, has been announced.

LEGO Ideas has been running a build contest asking fans to build a genetically modified dinosaur, with the winning entry and a couple of runners-up being awarded with LEGO Jurassic World prizes.

Yop1172 was the winning user, designing the amusing Tyrannocow. Here is his description he provided of the unique build:

It seems that someone did not follow the rules of the laboratory, and some milk remains fell on the samples! This dinosaur is a mixture between a T-rex and an ordinary cow, it is not dangerous, but it can’t be milked by anyone! protects cows and farm animals, naturally seeks its habitat. 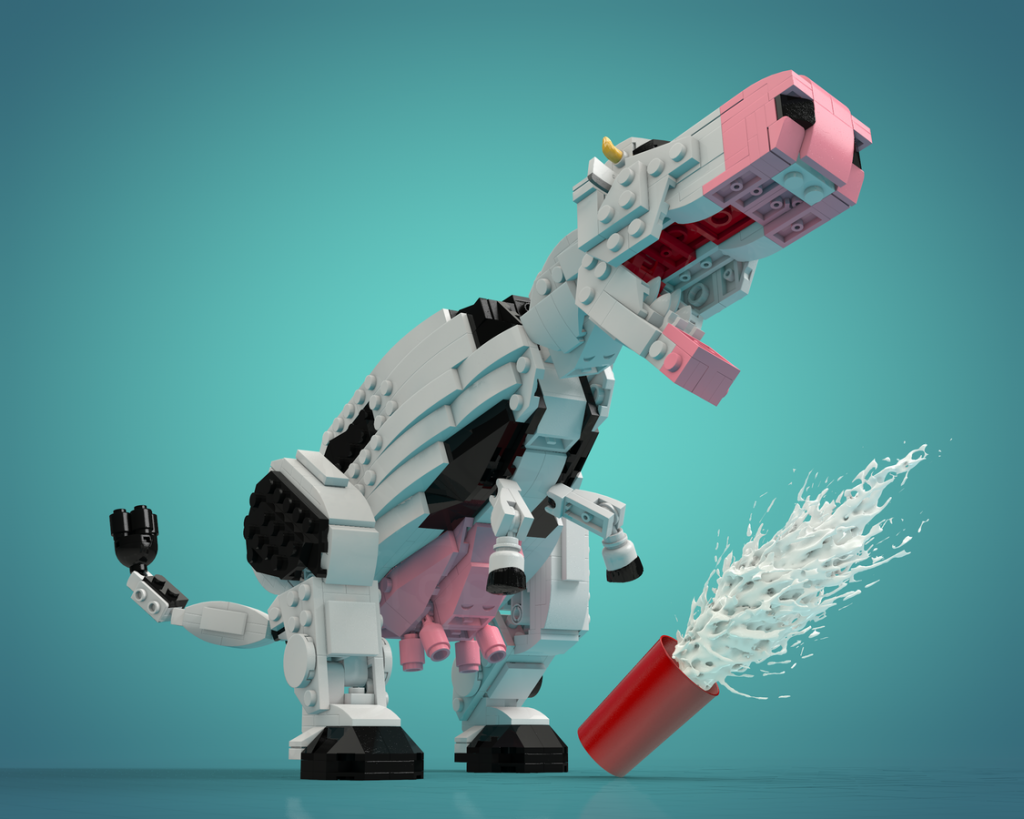 As well as getting the incredible 75936 Jurassic Park: T. rex Rampage, the prize packaging going to the winner includes the four other Jurassic World sets that launched a few months ago: