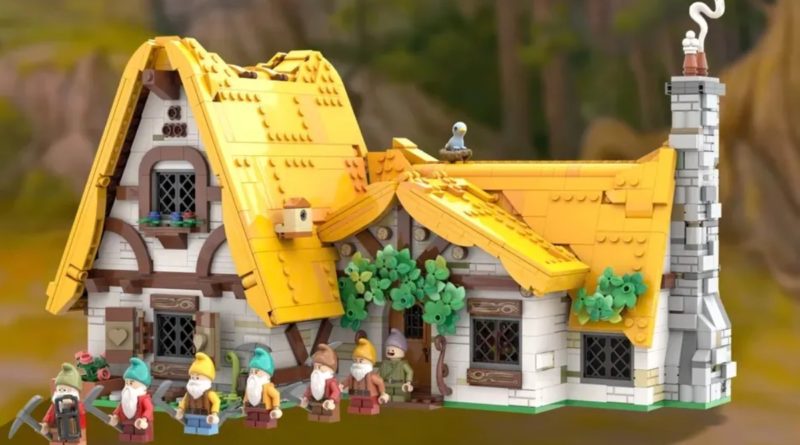 After much consideration, the LEGO Group has decided not to produce Harry Finkel’s Snow White and the Seven Dwarfs project as an official set.

Originally part of the first 2021 review, the Disney-inspired design was deemed to ‘require further review’ when the results of that selection were announced in October. At the time, the Ideas team said that Harry hadn’t managed to ‘tick off all the boxes needed to move forward with it’.

It seems that impasse has proven impossible to move past, because the LEGO Ideas team has now confirmed – as part of the second 2021 review results – that Snow White and the Seven Dwarfs will not go into production, and its journey effectively ends here.

That’s unless it gets a second chance in a future iteration of the BrickLink Designer Program, of course. It wouldn’t be Harry’s first model in that crowdfunding program – his Mountain Windmill was part of the second round of rejected Ideas sets sold through the aftermarket platform, and will ship to backers later this year.

A further 32 LEGO Ideas projects have been rejected as part of the second 2021 review, including a handful based on retro licences. Only two have been given the green light to advance to production, in the form of Josh Bretz and Jacob’s BTS “Dynamite” and Andrea Lattanzio’s A-frame Cabin. They’ll now join seven other Ideas sets already confirmed for release, either as full retail products or gifts-with-purchase.