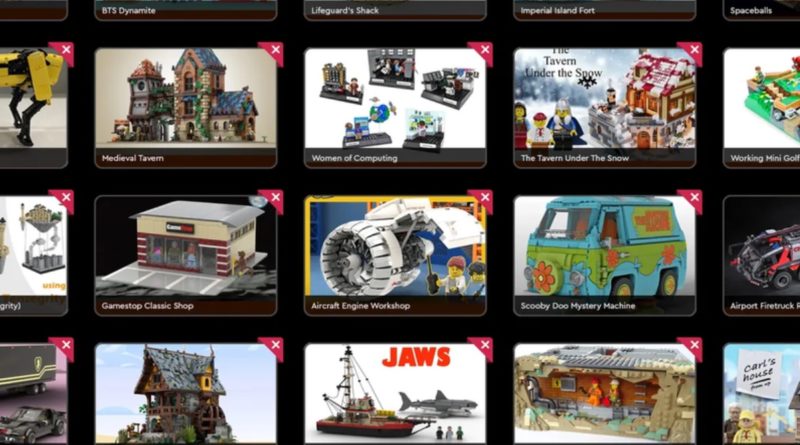 A total of 33 LEGO Ideas projects have been rejected in the second 2021 review, including one held over from a previous review phase.

Harry Finkel’s Snow White and the Seven Dwarfs was still under consideration from the first 2021 review, but the LEGO Ideas review board says it’s now ‘made the difficult decision that we will not be able to move forward with this product idea’.

It means the Disney-inspired build joins 32 others in falling at the final hurdle as part of this announcement, including a few retro licences like The A-Team, Knight Rider and Jaws. None of those projects have been given the green light in a review that’s seen only two designs approved for production.

Those are Andrea Lattanzio’s A-frame Cabin and Josh Bretz and Jacob’s BTS “Dynamite”, both of which will now join the queue of Ideas builds awaiting release. Next on the list chronologically is Truman Cheng’s Vincent van Gogh: The Starry Night, though there’s no guarantee that will actually be the next Ideas set to hit shelves.

This isn’t a record-breaking number of rejections – that unfortunate title still belongs to the first 2021 review, which saw 54 projects passed over for production. Harry Finkel’s Snow White and the Seven Dwarfs was originally part of that review, so that number now technically stands at 55.

The results of the third 2021 review will be announced in the summer.