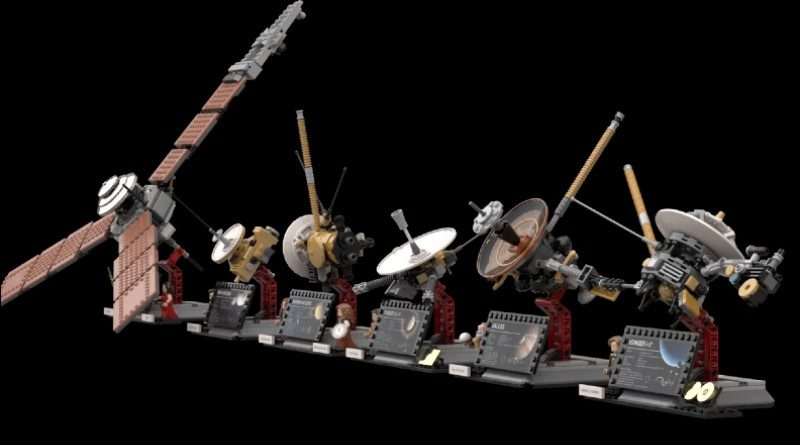 The LEGO Ideas review stage has welcomed another interstellar build with a collection of brick-built satellites for a historic, and educational project.

Ever since the release of 21101 Hayabusa and more recently, 21309 NASA Apollo Saturn V, LEGO Ideas has been flooded with space exploration-based submissions. The latest addition to that collection is Outer Solar System Explorers from Geroditus, who has joined the 10K club with their third build on the platform.

Six satellites make up the build, ranging from relatively small to strikingly big. A plaque accompanies each one with a minifigure of a person from history who has contributed to the state of space exploration as it stands today.

Some even include an additional accessory such as the golden directional records sent into the vast void with them, should alien life ever need to find their way to earth.

This is the 21st submission to pass into the latest round on the platform, with a diverse selection all in the running for a future official model. Here’s every potential LEGO Ideas set in the review so far, with the judge’s decision growing harder with every added entry: