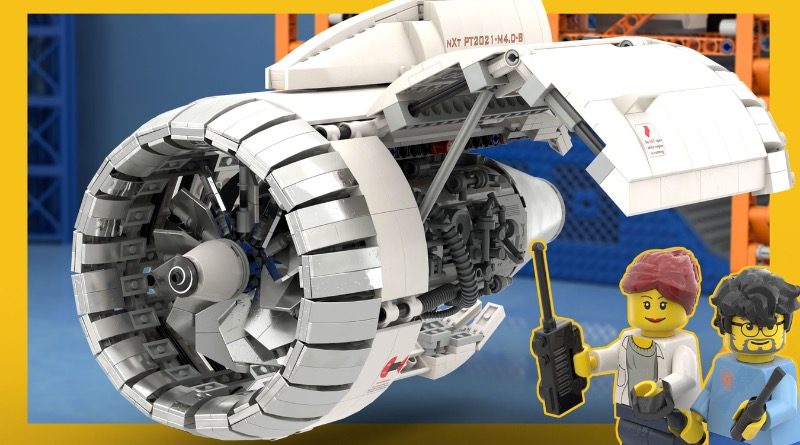 Good news, engineering fans: a working aircraft engine has propelled itself all the way to the next LEGO Ideas review stage, which means it could one day become an official set.

Stephan Niks’ minifigure-scale Aircraft Engine Workshop takes what could be quite a dry and technical subject and transforms it into a scene that feels alive – predominantly through that motor-powered fan turbo engine – and even integrates a story, thanks to the international spy minifigure lurking among the scientists and engineers.

You can check out that working engine in action by hitting play on the video below, which also offers a glimpse at the construction methods behind the detailed design. You may recognise that approach from Stephan’s other 10K project, Anatomini, which is currently getting a second chance at becoming an official set in the BrickLink Designer Program.

Built using 2,352 parts, the Aircraft Engine Workshop has reached the 10K mark required to advance to the review stage in a little over four months. It will now join 16 other proposals in the second 2021 review, including Let Them Fly’s Scooby-Doo Mystery Machine, which clocked its 10,000th supporter a matter of hours before Stephan’s latest project.

Here’s the full list of 10K models in this latest round so far: