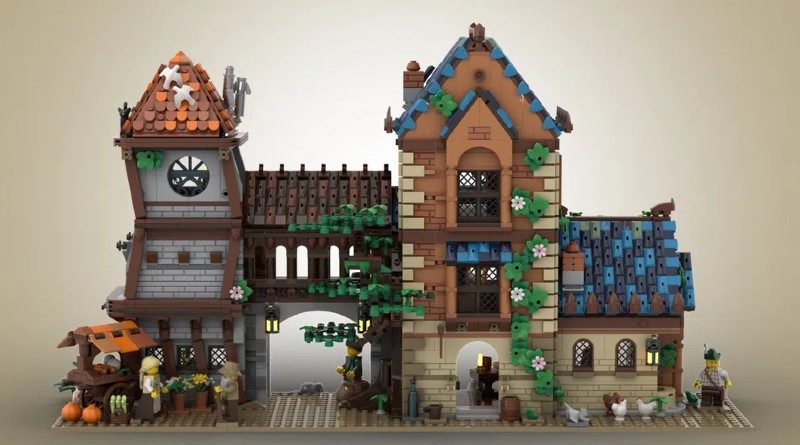 A classic destination from fantasy and days of old might be the next LEGO Ideas set as a multi-storey medieval tavern reaches 10K supporters.

Following the launch of 21325 Medieval Blacksmith and the incoming arrival of 31120 Medieval Castle, LEGO Ideas continue to showcase their consistent demand for more medieval models.

The Medieval Tavern from LEt.sGO is the latest LEGO Ideas project to pass into the current round of the review stage, making the user the newest member of the 10K club. The proposed build includes a tavern and tower spread over three floors and two builders, with a walkway connecting them.

2,946 pieces make up the project with an exterior that combines timber-lined architecture with intricate stonework, as well as a splash of eye-catching greenery. Unlike both previous medieval models, the LEGO Ideas submission is an open-backed façade.

With 21325 Medieval Blacksmith and 31120 Medieval Castle seeing the return of the Black Falcons, this project might just be the perfect place for them to hang up their shields after a busy day of defending the kingdom.

This is the ninth project in the second 2021 LEGO Ideas review following a record-breaking first round that contained multiple projects themed to days of knights and fantasy. Here’s the full selection of submissions in this round so far: