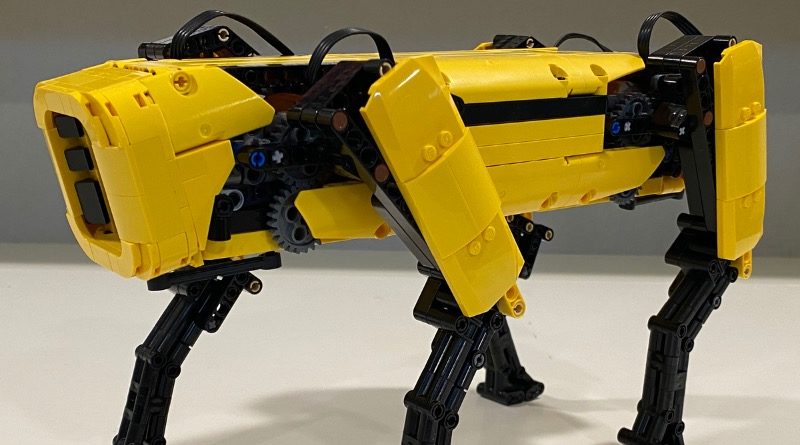 A LEGO Ideas project based on Boston Dynamics’ industrial robot Spot has sprinted to 10,000 votes and will now advance to the review stage.

The number of LEGO Ideas projects reaching 10K has slowed down considerably compared to the past few months, which saw a record 57 projects progress to the first 2021 review. At the moment, just eight proposals are in contention for the second 2021 review – although there’s obviously still plenty of time for that number to rocket ever higher.

The eighth and latest project to gather the necessary supporters on the crowdsourcing platform is Tom Jones’ 1:4 scale motorised model of Boston Dynamics’ four-legged robot, known as Spot. True to his Ideas username of WalkCrawlRun, all six of Jones’ projects since 2014 have focused on moving creatures or robots, but this is the first time he’s reached the magic 10K.

A real Spot – which can run, jump and traverse obstacle courses and challenging terrain – would set you back somewhere in the region of $75,000, so a LEGO version would obviously be a little easier on the wallet. Jones’ pitch also keys into several of the LEGO Group’s own brand values: “If you are interested in STEM, motorised vehicles, industrial robots, legged machines and the future of transportation this model is for you.”

That means he could stand a good chance of seeing his model pass the second 2021 review when the time comes, but its ultimate fate is obviously now in the hands of the LEGO Ideas team. Here’s the full list of projects currently in the running in this review: