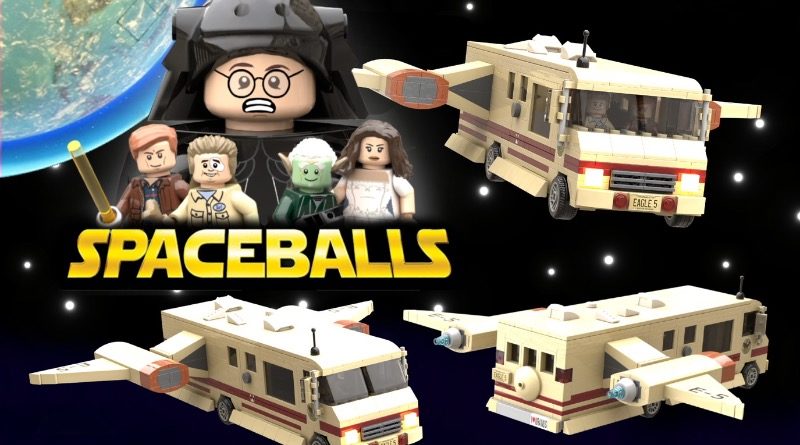 A second LEGO Ideas project based on Spaceballs has cracked the magic 10K, which means we could one day see an official set inspired by the classic Star Wars send-up.

The first Spaceballs project to reach the review stage did so all the way back in May 2016 (on May the Fourth, no less), but was rejected by the Ideas team in the second 2016 review. Just like that idea, Bricktory Lap’s take on the 1987 parody includes the iconic Eagle 5, but upgrades it with a bigger design and eight minifigures.

As you’d expect from any licensed project, it’s also packed with references to the much-revered movie, including Yogurt’s flamethrower, Dark Helmet’s toys, and a tile printed with Pizza the Hutt. Spaceballs is the first of Bricktory Lap’s three projects to hit 10K, and has managed that impressive feat in just under nine months.

It will now progress to the second 2021 review, becoming the fifth project to do so in just one week. At the current rate, we could be on course for another record-breaker, surpassing even the first 2021 review’s mind-boggling 57 projects in a single round.

Here’s the full line-up of proposals in the second 2021 review: