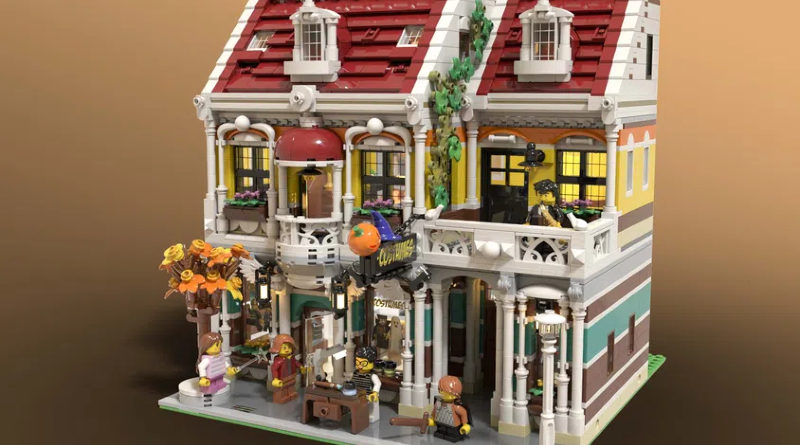 A costume shop modular building has gathered enough support to be considered a real LEGO set, but what kind of costumes are included?

The Costume Store from Bricky_Brick is the latest project to reach the current round of the LEGO Ideas review, with another modular creation proposed as a future LEGO model.

This custom costume store features three floors, the bottom of which is dedicated mostly to the titular shop. Inside there are outfits for a vampire, firefighters and other fantasy characters that one young customer is happily showcasing.

Whilst light bricks are used in the renders, the builder notes they are for visual purposes only, so likely won’t be included if it were to become a real set. The second floor portrays an apartment for the owners and the third features a balcony overlooking the alley below.

It’s far from the first modular building model that has made its way onto the platform, with past attempts including a park expansion to the existing range. However, windows at the side of the build ensure that it can stand on its own without any more of a street if needed.

Here’s every project so far in the second 2021 LEGO Ideas review: