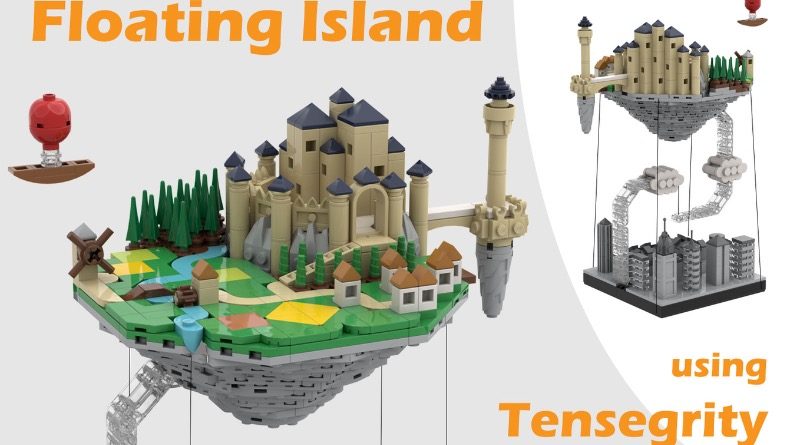 A LEGO Ideas project inspired by last year’s trend around tensegrity builds has cracked 10,000 votes on the crowdsourcing platform, and will now advance to the review stage.

Seb_E’s Floating Island uses the principles of tensegrity – or tensional integrity – to display a serene, colourful island floating above a monochromatic city. Tensegrity builds take advantage of continuous tension to create structures that appear to float independently of their base, and were all the rage among the LEGO community in early 2020.

That was right around the time Seb_E originally submitted the proposal, which has now reached the 10K mark exactly 14 months later. It’s not the builder’s first project, but it is their first to reach the review stage. You can check out more images of the build in the gallery below, or over at the project page.

The fate of Floating Island now rests in the hands of the LEGO Ideas team, who will decide whether to produce it as an official LEGO set during the second 2021 review. Here’s the full list of models in this review round so far: