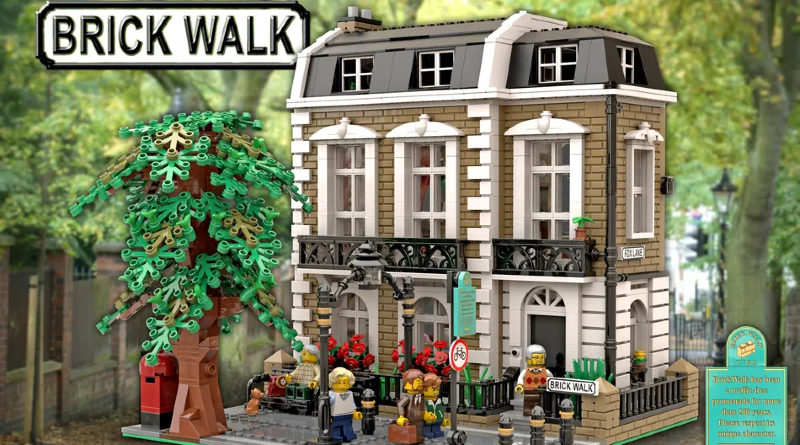 Another LEGO Ideas project has passed into the review stage, meaning that modular collectors might have another model to fit into their cities.

The cosy Fox Lane is home to an ancient promenade known as Brick Walk. This project proposes a short section of street with an intricately detailed house with plenty of room for minifigure activities.

The outside is the main focus of the model, with plenty of thought put into the road and garden by designer Lepralego. A short video has been released to take us on a tour through the building and meet the minifigures that populate Brick Walk.

With approximately 2,400 pieces, this project is noted as inspired by a real-life street. New Walk of Leicester in the UK is named as the inspiration for the model with certain elements taking directly from the actual location. These include the lamp archway and the lack of cyclists and traffic on the road.

You might recognise Lepralego’s name as the creator of another LEGO Ideas submission, The House of Chocolate, which is currently being deliberated on by the review board.

This is just the latest in a long line of projects waiting to be judged for the next LEGO Ideas set. Here’s every project in the current round of the LEGO Ideas review: