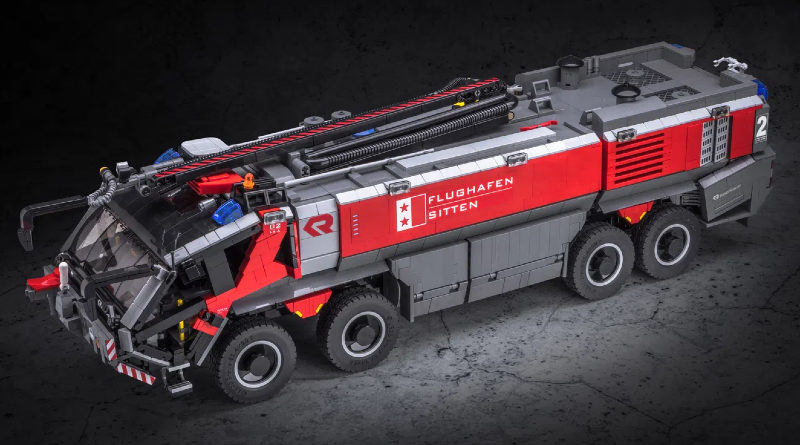 Builders with a fiery emergency taking place at their LEGO airport may have some hope in sight as another Ideas project passes into the review stage.

Coming from the mind of redera00 is the Airport Firetruck Rosenbauer Panther 8×8, the latest LEGO Ideas project to reach the heights of the review stage. The build might come in useful should the last LEGO Ideas submission to reach 10K supporters have an unfortunate malfunction.

Although it’s based on a specific vehicle, the design of the project is similar to past sets, which were also inspired by airfield fire engines. Notably, Technic 42068 Airport Rescue Vehicle and CITY 60061 Airport Fire Truck has graced the LEGO Group’s model catalogue before but never before has this vehicle been approached at this scale in System.

Features include a manually poseable fire hose as well as a detailed engine interior for builders to admire. Some of you may recognise the name of this build’s creator, as the user has had two previous models also considered for future sets including a classic racecar.

Below you can find the full, updated list of LEGO Ideas projects in the running for a future LEGO set: