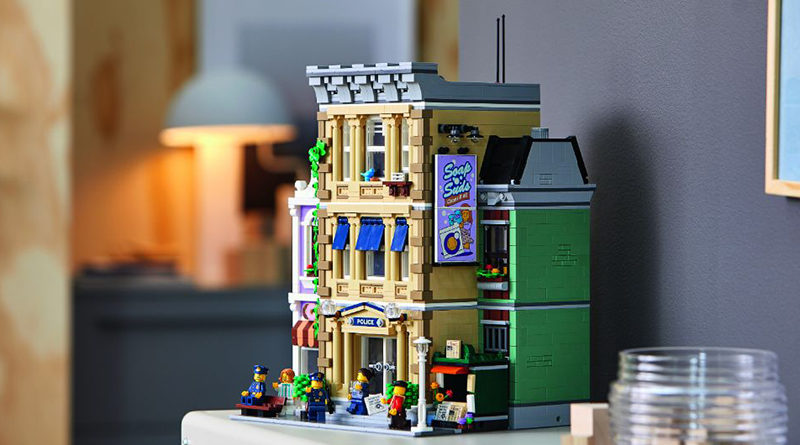 A new LEGO Ideas project has reached 10K supporters in just four days, making it one of, if not the fastest submission to do so. But what modular model managed to catch the attention of so many builders?

Builders from across the internet have come together to take a LEGO Ideas project to the moon, and on the path to potentially becoming a real LEGO set. This latest creation comes from the mind of MCHLN as their first submission to the platform following eight days since creating their account, and would almost certainly be the first LEGO GameStop set if chosen.

The description of the model specifically thanks the global community of GameStop fans for their support, suggesting hthat this build reaching 10K in only four days is no mere coincidence.

Anyone who has visited one of the retail locations will recognise the interior with shelves of games and displays alike to tempt players into spending their hard-earned cash on a new digital experience. A friendly clerk sits at the back of the store whilst three mannequins promote various other titles in the shop window, making up the four minifigures in the model.

MCHLN states that the posters on the walls had to be remade to avoid referencing existing video game franchises per the LEGO Ideas rules, but hopes that the Designers would be able to sneak a few references in such as a tease for LEGO Star Wars: The Skywalker Saga. Should this be chosen as the next set in the theme, we can imagine the team transforming it into a Modular Building, in the same way that Marvel 76178 Daily Bugle has become part of the collection.

Here are all 19 projects in the latest LEGO Ideas review stage: